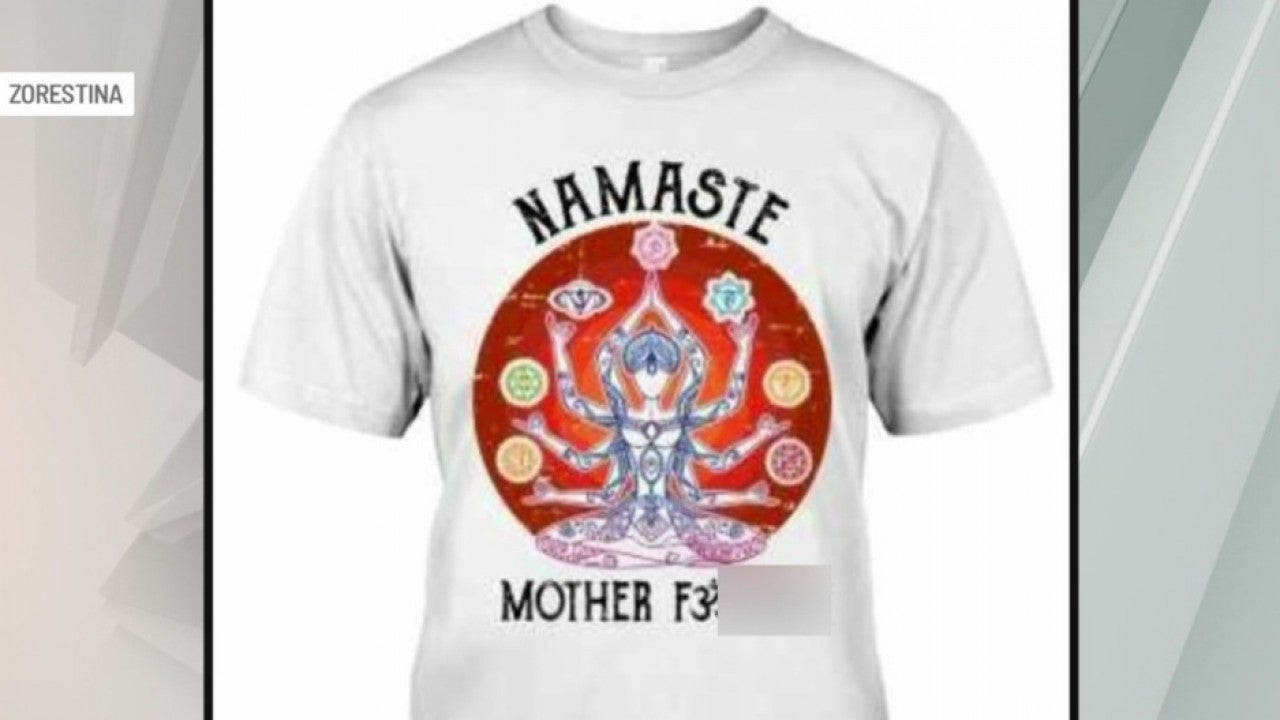 INDIANAPOLIS (WISH) — An online, Indianapolis-based clothing store is sparking controversy for part of its T-shirt line.

Some are calling the shirts offensive and overall disrespectful to Indian culture.

It was the design below that sparked the initial concern, but now people are asking that this design and others like it be taken off the site.

Zorestina is an online clothing store. They offer a line of yoga T-shirts that show different symbols and read “namaste” followed by an expletive phrase.

“I think whenever you are in the business of making these types of T-shirts, whenever you are putting any symbolism on, they need to make sure that they understand the source of it and what that does mean to certain people,” said Sumi Maun, who practices Hinduism.

Many of the symbols on the shirts are part of Indian culture and, more specifically, Hindu culture.

The shirt below shows a person in a meditative pose that Hindus use in prayer.

“So I think what the most vulgar thing about the T-shirt is is the word that is especially offensive, the curse word they are using. Instead of the ‘U,’ they replaced it with the ‘Ohm’ symbol, which is probably the most sacred symbol to any Hindu,” Maun said.

“For me, yes, it would be like someone putting a cross or a Jewish star and putting a bad word underneath it. I mean it is just extremely disrespectful,” said Divya Narayanan.

Some say that the overall pairing of the phrases and the symbols on the shirts is disrespectful to their culture.

“What ‘namaste’ literally means is ‘I bow to you,’ so there is no English equivalent to the word. It is a very beautiful word. It is giving reverence and respect to someone it is saying hello in a deeply spiritual and respectful way,” said Anjali Shah, who practices Jainism.

Narayanan said, “So, for me, I thought it was really wrong and that people think it’s OK to wear that around in public and that it is entertaining in any way. I don’t quite understand it I guess,” .

Whether it was purposeful or not, some feel that there was a blatant disregard on the company’s part to conduct the appropriate research before making the line available on their site.

A request to the company for comment went unanswered.