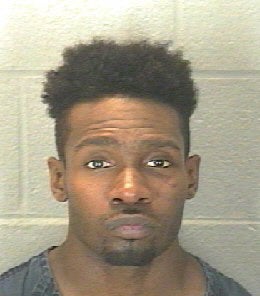 TIPPECANOE COUNTY, Ind. (WLFI) – An Indianapolis man was arrested early Wednesday morning after police were called to Interstate 65 on a report of a woman being chased by a man.

After an investigation, ISP Trooper Thomas Manning said Stokes was in a vehicle with a female victim when they got into an argument that eventually turned physical. The victim stopped the car on I-65, exited the vehicle and started to run.

Trooper Manning then arrived on the scene and investigated before placing Stokes in custody.

Stokes was taken to the Tippecanoe County Jail. He has been preliminary charged with the following: