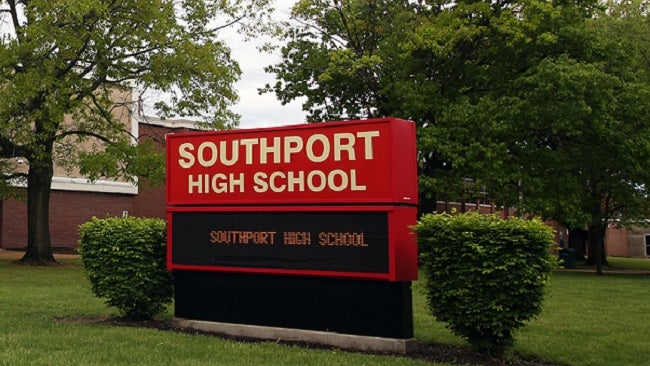 While the team may now participate in the tournament, the boys’ basketball coach, Eric Brand, will be suspended from January 2020 to the end of the season.

The Southport boys basketball team had been penalized and banned from the tournament after it was discovered that their coach paid the tuition for a foreign-born player.

“What he did was unacceptable. Now, they have come to the conclusion that a stronger suspension is necessary in this case. I’m happy they’ve come to that conclusion,” said Bobby Cox, commissioner of the Indiana High School Athletic Association.

Southport High School boys’ basketball coach, Eric Brand, admits he wrote a $5,500 check to pay the tuition of a 15-year-old student originally from the Democratic Republic of the Congo. That money was raised through and came from a nonprofit the coach founded.

“This is an egregious violation of our by-laws,” said Cox. “Subsequently now the school and the association worked together to come to a new decision.”

Wednesday, News 8 learned the commissioner and Perry Township Schools announced a deal that suspends coach Brand from January 1, 2020 through the remainder of the season, but allows the team to play in the tournament.

Commissioner Bobby Cox wouldn’t get specific, but he told News 8 new information played a part in the decision change.

“Those young people at Southport High school that had absolutely nothing to do with this are going to get to play basketball in our tournament series,” Cox said.

“I think it’s the right thing to do. As I said, I think the kids should not have been put through this.” Mobley said.

“A lot of people will talk or think that certain coaches will pay for tuition for players to move to either a public school or private school. People think that happens a lot more than it actually does,” Rakestraw said. “This was a very cut-and-dry documented case of a coach paying the tuition of a player.”