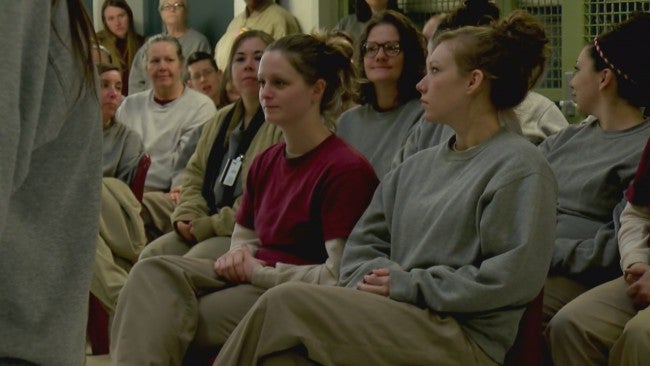 FRANKLIN, Ind. (WISH) – Authorities in Johnson County believe they have a solution to the drug problem. They have a zero tolerance policy, arresting for any crime committed, from marijuana use to dealing heroin. But it’s what they do after the arrest that seems to be reducing the crime rate significantly.

The thought process is that most drug users aren’t in the right state of mind to get help. So, what if you sober them up through incarceration, then offer them the help that they need? Prosecutor Brad Cooper says it’s working.

Cooper has a plan in place that’ll actually help offenders.

“What we like to do with them is send them off to prison and then order that they enter a program called Purposeful Incarceration,” Cooper said.

Purposeful Incarceration is meant for offenders with substance abuse problems. In prison, those in the program join a therapeutic community where they undergo intensive rehabilitation. Of the 19 prisons in Indiana, only nine offer the program.

The Rockville women’s correctional facility is one of them.

Roxxanna Higgenbotham is an inmate there. She says she started as a user; alcohol and pills led to everything from meth to heroin and even a date rape drug. Higgenbotham says she then started not only selling drugs, but prostituted to pay for her habit. She lost everything, including her three kids.

“I didn’t have to deal with reality, things that had happened in my life that I didn’t know how to cope with. I was never shown or given appropriate coping mechanisms. So, I just blurred it all out,” she said.

Emotional coping is one thing she will learn through Purposeful Incarceration. Because the program doesn’t just focus on substance abuse, inmates also learn socializing skills, work ethic, and health value systems; among other things.

“It’s such a structured and critical program. I have an appreciation for the opportunity. I’m really looking forward to the, what this program will bring out of me,” Higgenbotham explained.

Helen Lippencott is the director of addictions at Rockville Correctional Facility. She has seen a dramatic change since the program was implemented in 2005.

According to Lippencott, the recidivism, or repeat offender rate at Rockville went from 37 percent to around 19 percent. According to Cooper, the state recidivism rate is around 40 percent, but in Johnson County, those who complete Purposeful Incarceration, the rate drops all the way down to 3 percent.

Aysha Guffey of Kokomo is a graduate of the program and is awaiting release any time. “I’ve been in sobriety many times. But I’ve never been in recovery. It feels really nice to say I’m a grateful recovering addict,” she said.

Guffey leads classes with other inmates. Upon release she hopes to continue serving as a mentor to other addicts.

“When my judge sentenced me to Purposeful Incarceration it was not part of my plea. It was not part of the agreement that we had. He gave it to me as an opportunity to let this time serve me, rather than me just serve more time,” Guffey said.

Inmates who successfully complete the Purposeful Incarceration program usually get a little time cut off of their sentence. Once released, they’re typically on probation or home detention.