Katniss, left chained in the cold, needs a home 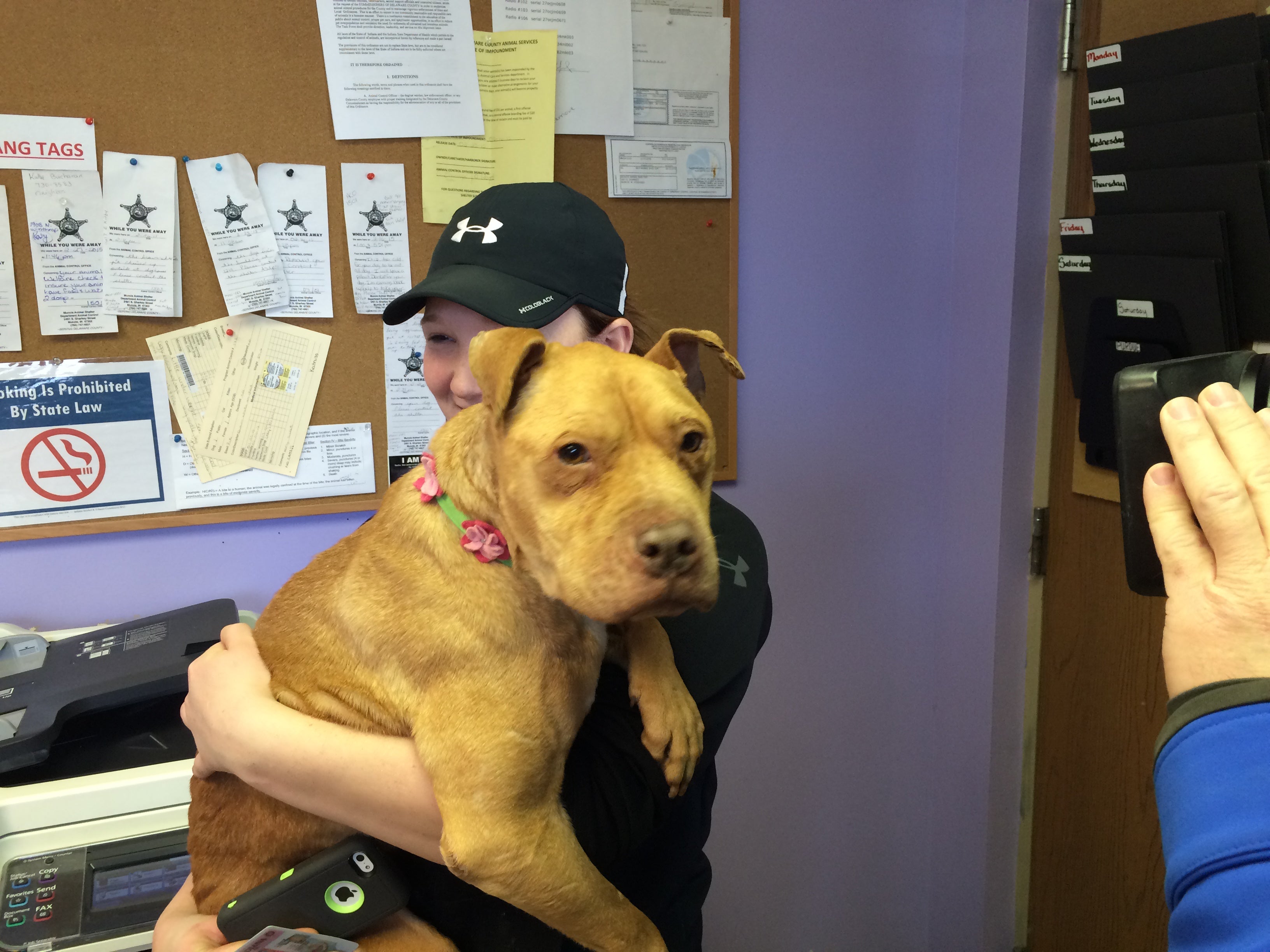 MUNCIE, Ind. (WISH) — Police in Muncie continue to look for the person who abandoned two dogs that were found chained behind a home last week. One of the dogs died from starvation and hypothermia. The second dog is being nursed back to health at the animal shelter.

It was a utility worker who had gone to the home last week to shut off power who discovered the dogs chained together. The dead dog was found halfway inside a makeshift doghouse.

“She was so frozen that it took the veterinarians three days to thaw her remains, so this was just obvious cruelty and neglect,” said Muncie Animal Shelter Director Phil Peckinpaugh. “There’s just a lot of apathy and neglect and cruelty and it’s just inexcusable.”

The surviving dog, named Katniss by shelter employees, is severely emaciated and her teeth worn down from eating anything she could find. Police believe they’d been left alone for weeks.

“I think that other people say it’s none of my business. I think that some think maybe somebody is coming when I’m not there,” Peckinpaugh said. “Even if you think that’s a possibility, it’s still best for you to call and for us to go out or the police department to go out.”

The owner of the home tells police they rented it out and are looking for the tenant. Neighbors say they haven’t seen anyone at the home for months.

“The dogs didn’t bark that much,” one neighbor said. “My dogs do more barking than what they did so I don’t know.”

Peckinpaugh said the takeaway is simple.

“If you’re a neighbor and you know somebody hasn’t been there for a day or two, you need to call right away,” he said. “This could have been prevented. There could have been two dogs that we saved.”

Muncie police say the person or people who left the dogs behind could face misdemeanor charges of abandonment and cruelty to animals.

As for Katniss, after all she’s been through no one would blame her if she was leery of people. But this canine survivor wants nothing more than to cuddle.

“She’s definitely ready to give her love and loyalty to someone,” Peckinpaugh said.

Katniss, who is believed to be seven or eight-years-old, is available for immediate adoption. Anyone interested in providing a forever home can call the shelter at 765-747-4851.