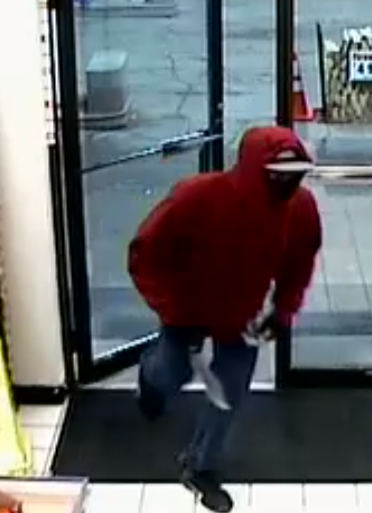 LAFAYETTE, Ind. (WLFI) – Lafayette police are hoping surveillance photos will lead to an arrest in a gas station robbery that happened on New Year’s Day.

Police responded to the report of an armed robbery at the Circle K, located at 3112 Ferry Street, just before 5 a.m. Sunday morning.

According to Lafayette police, a man entered the gas station wearing a red jacket and demanded money from the clerk while holding a knife.

The man took money and left the store on foot.

Police searched for the man using a K-9 but were unable to find him.

Anybody with any information regarding the case is asked to call the Lafayette Police Department at 765-807-1200 or use the WeTip Hotline at 800-78-CRIME.