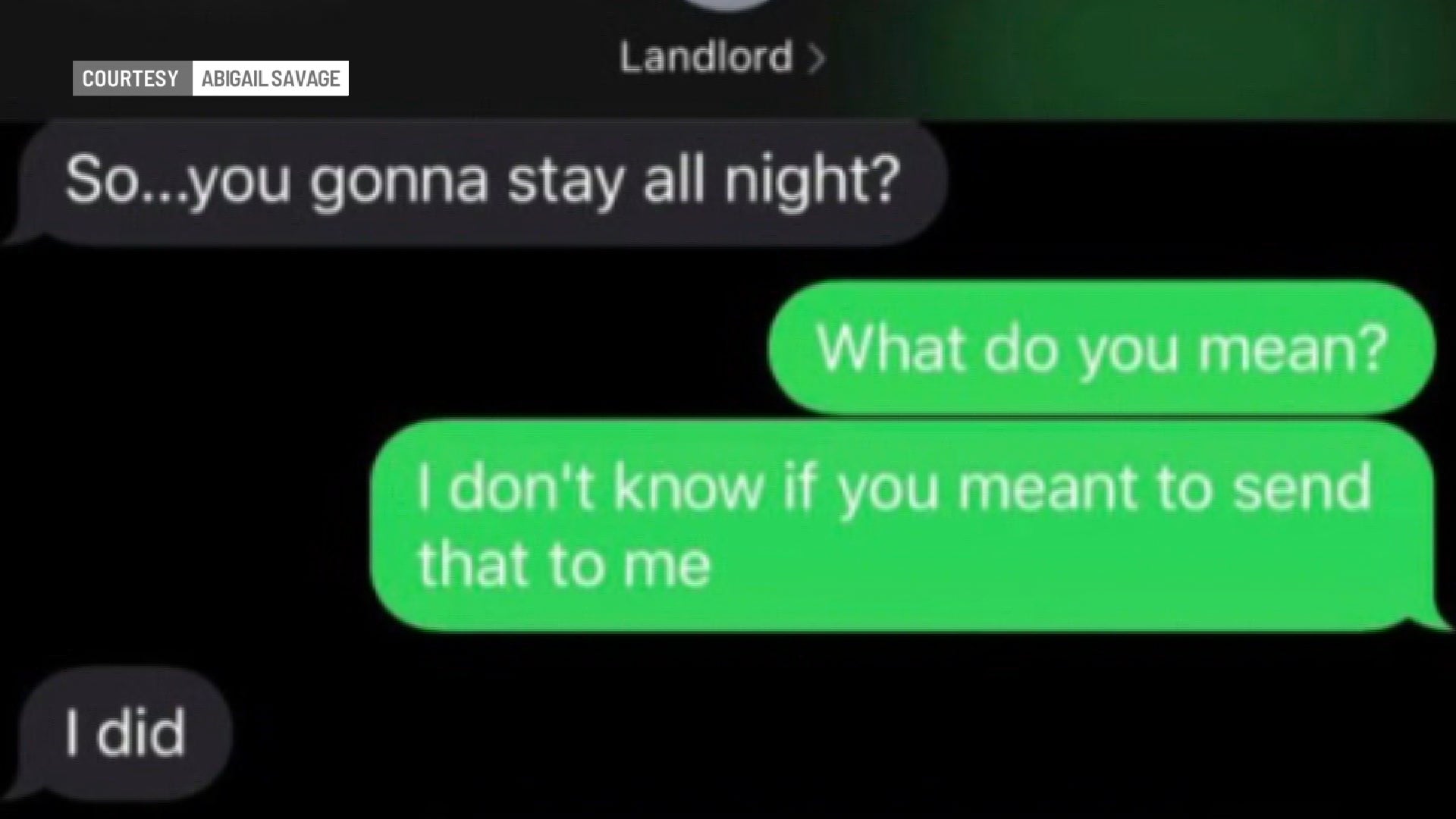 INDIANAPOLIS (WISH) — An Indianapolis landlord is accused of asking a female tenant for sex as payment after she was furloughed from her job due to COVID-19.

Abigail Savage rented at a property on the east side. She is a server in Irvington and was furloughed in early March. She thought that she and her landlord had come to an agreement on payments amid the public health crisis. That was until she says she received an inappropriate text from her landlord asking for sex.

Savage knew she wouldn’t be able to pay her rent after the restaurant she worked at temporarily closed down due to COVID-19.

“I sent him a message immediately and asked for a rent extension,” said Savage.

At that time she says they had agreed she would make payments once her stimulus check came in and when she could get back to work until she was caught up. Up to that point she says her landlord was very kind to her even calling him gracious.

“And we had normally corresponded through text and only about rent,” said Savage.

Later her landlord had reached out asking if she was planning on making a payment. He asks her if she has a way to get to his home to drop it off. As the conversation continues the landlord asks her if she wants to stay the night with him.

“And then I thought well maybe he meant to send this to someone else,” said Savage.

Confused, savage asks if he meant to the message to her.

She continues to question him asking if his questions are sexual.

“It made me feel absolutely violated on top of having just lost my job, my family doesn’t live here so it is just me and my son. I just felt like trapped. I felt like he was trying to trap me at least,” said Savage.

Appalled, Savage turns down his harassing behavior calling it inappropriate. He then begins to say that it was a “prank”. Later in the conversation he writes “you aren’t my type. Plus I can’t survive trading sex for rent.”

“He absolutely knew what he was doing and I didn’t, I would have never expected this,” said Savage.

News 8 called the landlord to ask about the text exchange.

News 8 asked the man if he was aware that he was being investigated for soliciting sex from one of his tenants as means of rent payment.

He said he had been drinking and thought he had texted his ex-wife despite repeatedly telling Savage the texts were meant for her during their text exchange. He blamed it on his age, stating that he is more than 70 years old.

“I was like he has clearly done this to other people before because I know he owns property elsewhere,” said Savage.

Savage had her 2-year-old son stay with his father while she continued to live in the rental for a month while she worked to relocate.

“I was terrified every night,” said Savage.

Savage says that during their last conversation the landlord called the whole situation a misunderstanding and told her to let him know when the key was in the mailbox.

While News 8 knows the identity of the landlord, his identity is being withheld because he has not been charged with a crime.