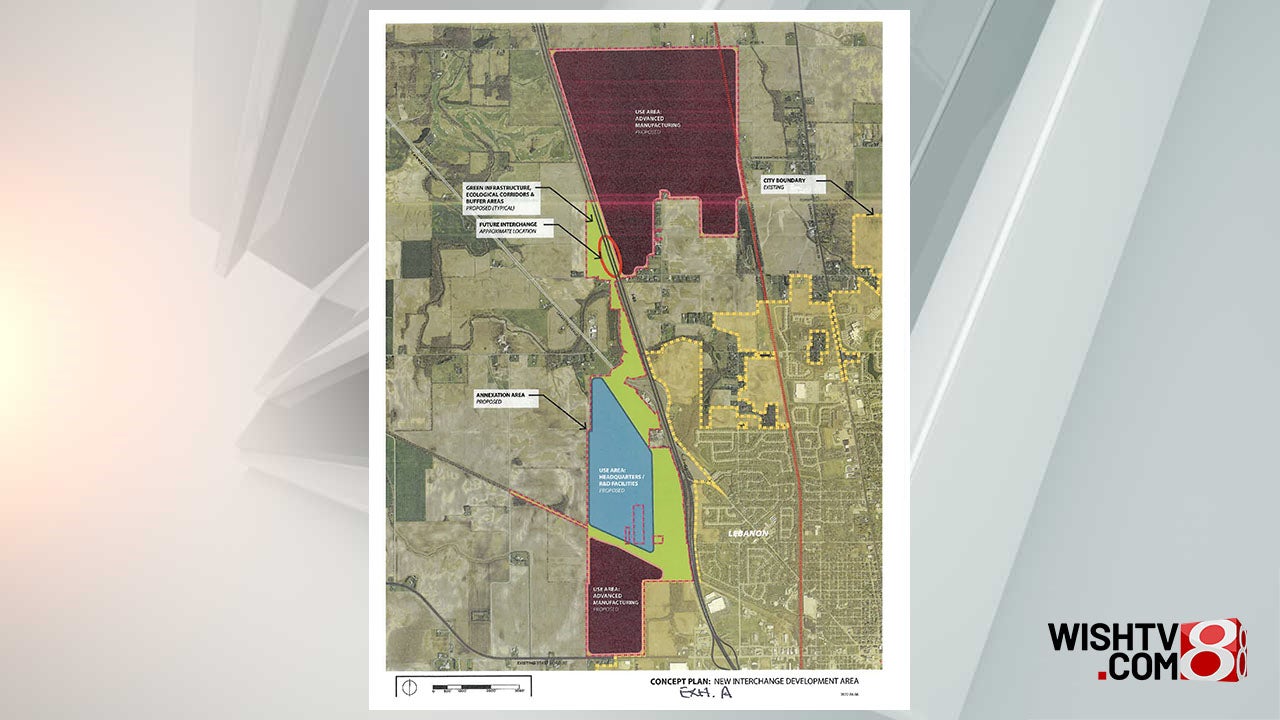 LEBANON, Ind. (WISH) — The Lebanon Plan Commission on Tuesday night recommended the rezone of 1,450 acres of what is mostly farmland for industrial use.

The decision for what’s being called “Project LEAP-First Phase” came in front of a full house in the Lebanon Municipal Building, and the meeting was livestreamed on YouTube, although the sound and video had poor quality.

The city’s planning staff had backed the rezone.

Next up for the project: the introduction of the rezone, and later its approval by the Lebanon City Council. Eventually, the council could decide to annex the property into the city.

Yet no one, including local and state officials involved in the project, will say exactly what the project is. A map of the project areas calls them “advanced manufacturing (proposed)” and “headquarters/R&D facilities (proposed).” The map also shows a new interchange along I-65 for the project.

I-Team 8 has reported on the mystery project in Boone County. Landowners are fighting the annexation of what’s also been called an “innovation park.” Opponents have planned a meeting on Saturday at the Boone County Fairgrounds.