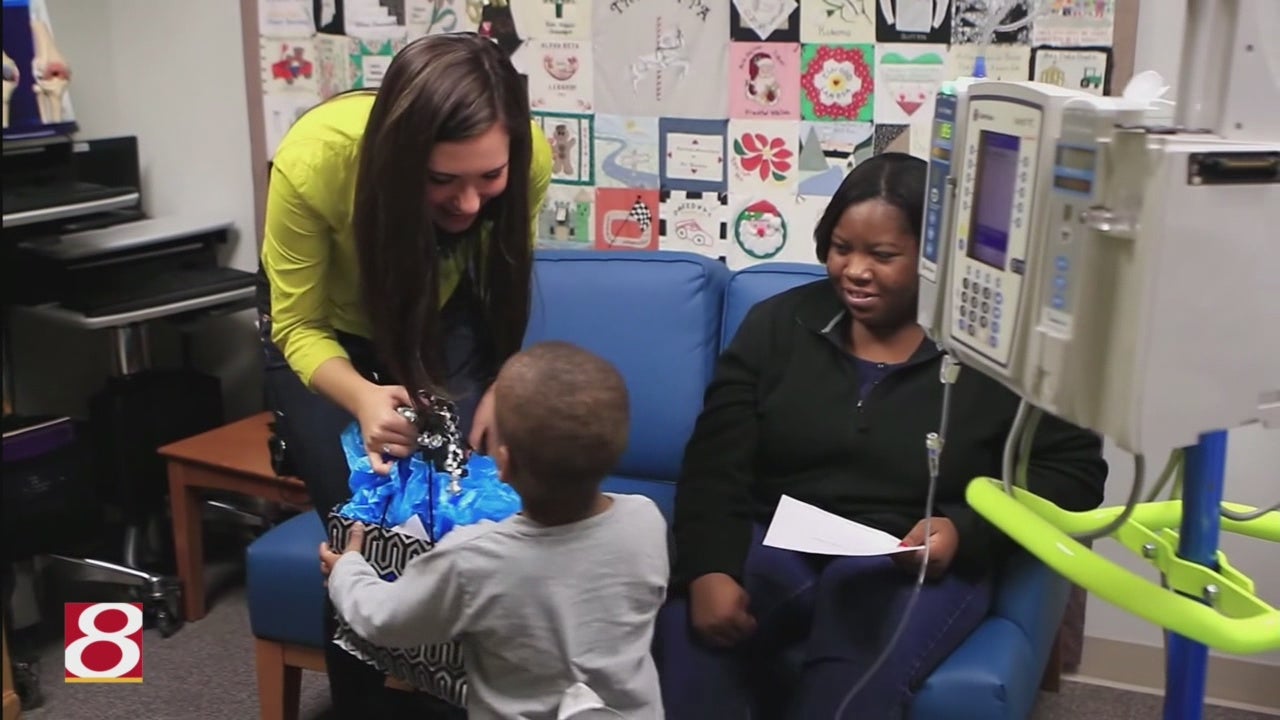 INDIANAPOLIS (WISH) — Putting a smile on the face’s of kids battling cancer: that’s the mission of the Little Wish Foundation. And now the 21-year-old who started the organization will be a guest Tuesday on The Real, a national talk show.

Liz Niemiec was nominated for the show’s Do Good segment by her high school cheer coach who knew just how hard Niemiec, now a Butler University junior, has worked to honor the little boy who inspired the organization.

Max Olson was just 7-years-old when he died after a two year battle with a rare form of kidney cancer. Max was the son of Niemiec’s teacher and all he wanted before he died was a puppy. Niemiec said the smile on his face when he got the dog said it all.

“Oh god, you should have seen how excited he was with this dog,” she said. “It really made a difference. Little things matter.”

It was on the way home from his funeral that Liz told her mom, Therese Niemiec, that she wanted to start a foundation to grant little wishes to other children battling cancer to help them forget for just a brief time what they face. The wishes typically are between $300 and $800.

“Once you see that smile on their face, once you see just how much it means to someone you can’t really stop,” Niemiec said. “I do it because I see what an impact it can make.”

Like the impact it has had for 17-year-old Cristina Cooper, who has Ewing Sarcoma, a bone cancer. Her wish: a pricey Michael Kors bag.

“Every time I walk into the mall, I’d see it and I was like ‘I have to have that purse,'” Cristina said. “So it’s been months and months and then I got it.”

Seeing her daughter’s happiness is something Teresa Cooper considers priceless.

“Cancer is a disease that no parent wants their child to go through and to know that there’s people out there like Liz granting wishes, making your children happy, it’s a wonderful thing,” she said.

Niemiec believes Max approves of Little Wish’s mission, the call from the producers of The Real, came on Max’s birthday. The show will air St. Patrick’s Day, the day he passed away.

“It definitely makes you feel like, wow, Max really appreciates and loves what we are doing so it’s good,” she said.

To date Little Wish has granted 300 wishes to kids in six hospitals, five in Indiana and one in Chicago. Niemiec’s goal is take Little Wish nationwide one wish at a time.