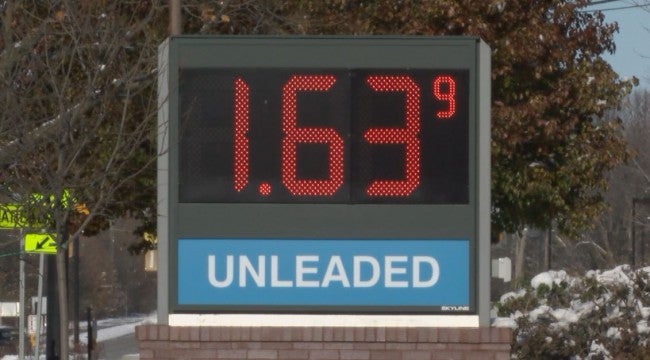 INDIANAPOLIS (WISH) – If you’re driving out of town for Thanksgiving this week, your trip should be far cheaper than last year.

GasBuddy.com reports gas prices are the cheapest since 2009. Some analysts expect these prices to last at least through the end of the year. GasBuddy said the cheap prices will save U.S. travelers about $1.5 billion during the five busiest Thanksgiving travel days.

In central Indiana the average price per gallon is $1.74, while the United States average is $2.06 per gallon. This time last year, Hoosiers were paying almost $1 more. The nationwide average was about $2.80 per gallon in 2014. Indiana still has the cheapest gas prices in the U.S. according to GasBuddy.

24-Hour News 8 asked why Indianapolis sees such low prices. GasBuddy analyst Patrick DeHaan said it all comes down to competition.

“Indy has some cheap prices due to very, very healthy competition and price wars that emerge as stations pass along the lower prices, price wars do break out,” said Dehaan.

GasBuddy complied some tips to save even more, while gas prices are cheaper than in the past: