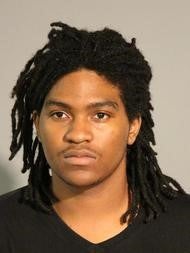 According to the Indiana State Police, the incident began in the area of 38th Street and Wallace Avenue when police attempted to pull a vehicle over.

Instead of pulling over, the vehicle continued to drive at a slow speed and eventually turnws south on Butler Avenue and then west onto 37th Street. It was on 37th Street where the vehicle came to a stop.

During the course of the chase, police say one of the three occupants threw a handgun out of the vehicle.

A search of the vehicle also led to the discovery of 19 grams of marijuana and paraphernalia.

Two juveniles, a 16-year-old and a 17-year-old, and 19-year-old Devontai Terrell were taken into custody without incident.