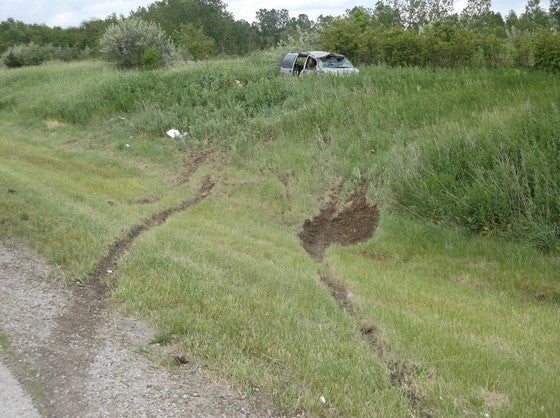 MUNCIE, Ind. (WISH) — A man has been arrested after a single-car rollover crash that killed a 6-year-old and injured three other children and an adult.

Indiana state troopers were dispatched to the Muncie Bypass just north of South Meeker Avenue around 4:35 p.m. on Sunday. They arrived to find a car off the right side of the road.

According to preliminary investigations, Jessica Skeens, 28, of Farmland, was driving a van north on the Muncie Bypass and arguing with Jordan, her boyfriend, when he allegedly punched Skeens and grabbed the steering wheel, causing her to lose control of the van, which rolled over into the ditch.

Four of Skeens’ children were in the van — two in the middle row of seats with child restraints, and two others in the back row of seats without child restraints. A 6-year-old girl riding in the back row was partially ejected from the van and died of her injuries, while the other three children were taken to IU Health Ball Memorial with minor injuries.

Skeens was also taken to the hospital, for treatment of a broken arm.

Jordan was treated for minor injuries and then taken to the Delaware County Jail.

This crash remains under investigation, with further charges pending toxicology reports. Alcohol is believed to be a contributing factor, along with the lack of or improper use of child restraints and seat belts.