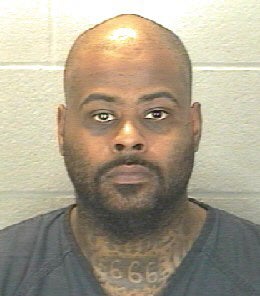 LAFAYETTE, Ind. (WLFI) – A suspect in a Lafayette shooting from mid-February was arrested in Lake County and charged Thursday in Tippecanoe County.

Thirty-one-year-old Hirman Jackson, of East Chicago, Indiana, arrived in Tippecanoe County on Wednesday after being extradited from Lake County.

Detectives were able to identify Jackson and a warrant was issued for his arrest on a preliminary charge of battery with a deadly weapon. The United States Marshals Service assisted with locating Jackson and arrested him on the warrant on March 1. He was taken to Lake County Jail until he could be transferred to Tippecanoe County.

The Lafayette shooting happened on Feb. 12 just after 9 p.m. on the 400 block of Cherokee Avenue, near Fifth Street. Two adults suffered gunshot wounds and one infant had minor injuries from the incident.

Jackson made his initial court appearance Thursday afternoon where he had his charges read to him. The Tippecanoe County Prosecutor’s Office filed 15 charges against Jackson Thursday.

Jackson is currently in the Tippecanoe County Jail. His bond is set at $500,000.