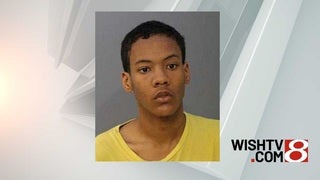 INDIANAPOLIS (WISH) – A man was sentenced to 52 years for a 2018 murder, according to the Marion County Prosecutor’s Office.

On May 28, 2018, Steele and Lacey had made arrangements to meet when Lacey, who was sitting in his vehicle in a parking lot in the 2100 block of North Post Road, an unknown person approached the vehicle, according to the prosecutor’s office.

The unknown person, who was later identified as Steele, entered Lacey’s vehicle through the passenger door as a struggle between the two then ensued. During the altercation, Steele fired several shots in Lacey’s vehicle.

Security video and Lacey’s Instagram messages helped to identify Steele as the suspect.

He was convicted of Lacey’s murder in June.

Following his time in the Indiana Department of Corrections, Steele will also serve three years of probation.