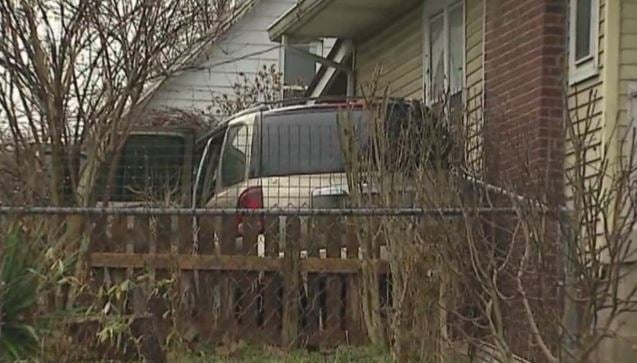 INDIANAPOLIS (WISH) — A single-vehicle crash on the east side of Indianapolis Tuesday morning has left one man dead and two others seriously hurt.

Indianapolis Metropolitan Police Department officials initially stated a vehicle crashed into a home, but officers on scene later said the SUV left the road and hit a man walking nearby before stopping a few inches short of the house. The man died of his injuries while traveling to the hospital.

Two other men are in critical condition, who were in the vehicle according to police. Three people were in the home, no one was injured.

The Marion County Coroner has not released the identity of the victim. It is standard policy for the coroner to notify the next of kin before releasing identities.

Those who live in the neighborhood, had no information on the identity of the victim. Residents in the past have complained that drivers pay no attention to the posted speed limit signs. At this point neighbors are asking for more enforcement from police along Brookside Parkway.

Police say slick roads may have contributed to the crash.