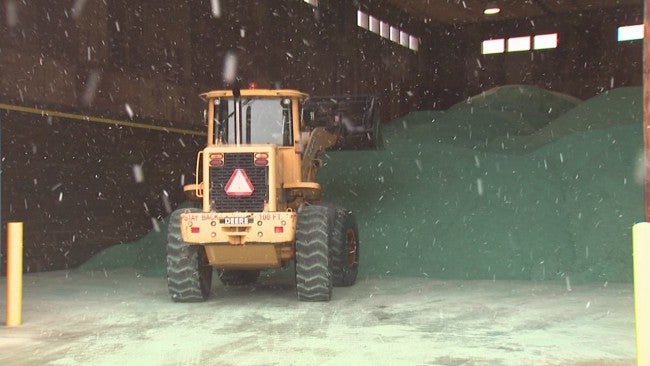 FISHERS, Ind. (WISH) – A mild winter has saved public works crews money and allowed them to focus on other problems.

As flakes flew Thursday, Fishers public works crews cleared space in salt barns. But the unusual winter weather has kept much of the salt inside.

“Really easy driving,” Fishers resident Richard Pearson said. “Roads are clear. I haven’t had to shovel at all, not one time, which I just love. And compared to the last couple of years, it is just great.”

The snow total from the previous years is part of the reason why Fishers and Noblesville built salt barns. “Two years ago this time, [our] barn would’ve been empty,” Fishers public works director Eric Pethtel said.

Pethtel said after 25 years on the job, the past few months have been memorable. “This mild winter would rank right up there with the mildest we’ve had during my tenure here,” Pethtel said.

So far this year, Fishers has spent $94,703 less than this time last year. Crews have also used 160 tons less salt.

It’s not just about saving money, not having to use all the salt has its other perks too, mainly with patching potholes. This means come this spring drivers won’t have as many to dodge while driving.

While it looks like this winter is one for the record books, crews caution that there’s still plenty of time for the snow total to rise.

“We’re not out of the woods yet. We’ve got to wait until the end of March until we start thinking winter is behind us,” Pethtel said.

The savings could also quickly disappear. To give you an idea of how fast money can be spent, Fishers crews said a three inch snow fall can cost upwards of $135,000.

by: Annessa Chumbley / 30 mins ago