Mother of Richmond school shooter discusses her son, calling 911 on him 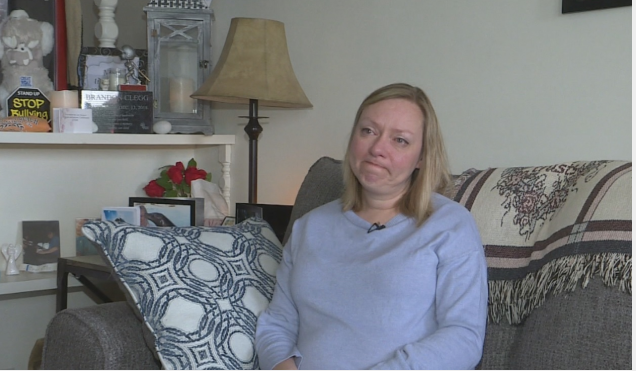 RICHMOND, Ind. (WISH) – We have a clearer picture of what happened when a 14-year-old walked into a Richmond Indiana middle school with a gun. State Police have released new details on the timeline from that day, and the suspect’s mother is sharing her story.

On December 13, 2018 Mary York says she got a phone call from her former boyfriend that he was being held at gunpoint and that her son was forcing him to drive to Dennis Middle School. York says she knew then she had to call 911 on her own son but was still hopeful police would be able to save him before it was too late. Unfortunately, that didn’t happen.

During their press conference state police, Captain David Bursten walked through the events of the morning. He confirmed there was one note and a plan to hurt as many people as possible that day. They also said the gunman had two guns two magazines and two Molotov cocktails when he entered the school.

York, the mother of the shooter, says constant bullying and threats made against her son forced her to pull him out of the 7th grade at Dennis Middle School. He had a fragile mental state and the combination made him snap. York says making the call to the 911 dispatch that day was very hard.

“I made the 911 call. I knew I wouldn’t see my son again,” said York. “That’s something I had to do and I wouldn’t change that. He had things thrown at him, he had these kids say ‘go kill yourself.’ I didn’t know how depressed he was, I just didn’t know how much anxiety he had over this bullying he just couldn’t get over it. These kids hurt him.”