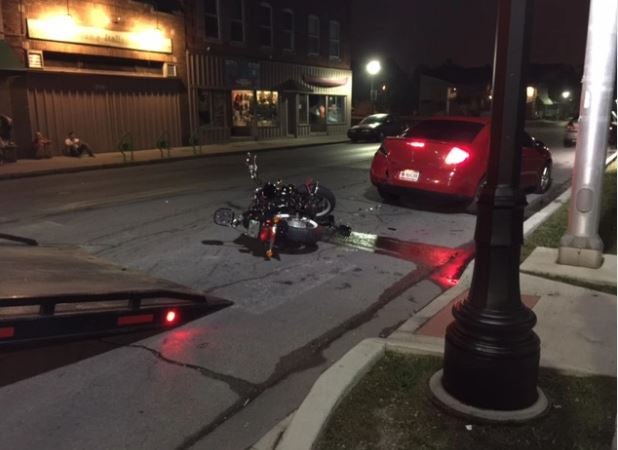 FORT WAYNE, Ind. (WANE) – A motorcycle driver was seriously injured after crashing into the back of a parked car early Friday morning.

Emergency responders were called to the intersection of Main Street and Runnion Avenue at 2:49 a.m.

Police said the driver hit the back of a parked car for an unknown reason.

The driver was taken to a hospital with non-life threatening injuries.

It’s unclear if the driver was wearing a helmet.