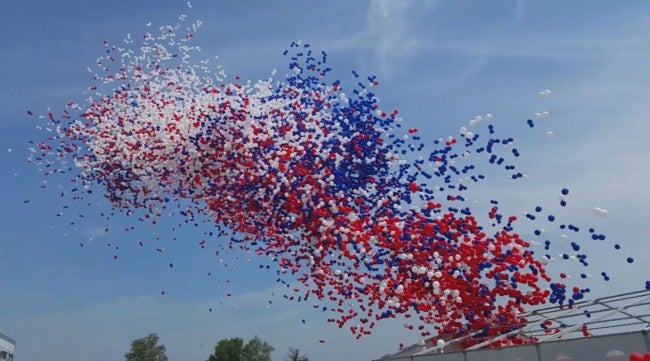 INDIANAPOLIS (WISH) – One of many traditions associated with the “Greatest Spectacle in Racing” is a balloon release.

Since 1947 the Indy 500 has released multicolored balloons before the start of the race. The idea was suggested by Mary Hulman and the release is timed to the final score of the song “Back Home Again in Indiana.”

For more stories about the countdown to the 100th running of the Indianapolis 500,click here.