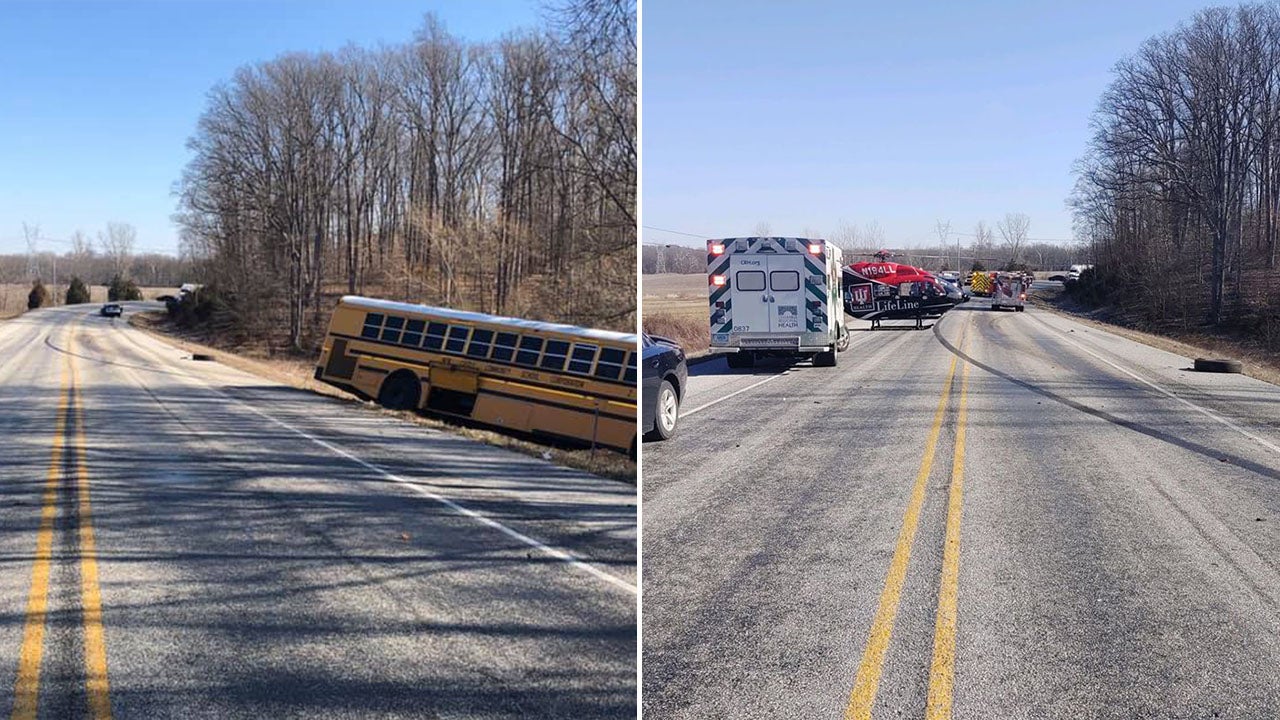 HOPE, Ind. (WISH) — Authorities in Bartholomew County say a driver was airlifted to a hospital after a head-on crash involving a school bus Saturday morning.

Bartholomew County Sheriff Matt Myers said the crash happened in the 17000 block of East State Road 46 around 9:20 Saturday morning. According to Myers, the head-on collision involved a a Ford SUV and a school bus that was carrying the New Castle girls gymnastics team.

“All of the student members of the New Castle girls gymnastic team were checked on the scene by CRH-EMS and released,” the sheriff said in a Facebook post online.

An assistant coach of the team was taken to a hospital to be treated for rib pain.

The driver of the SUV was trapped in the car at the scene. Responders extricated the driver and transported him to IU Methodist by helicopter. The driver’s condition was not immediately known.

Indiana State Police and the Bartholomew County Sheriff’s Office are working to reconstruct the crash scene. The investigation is ongoing.