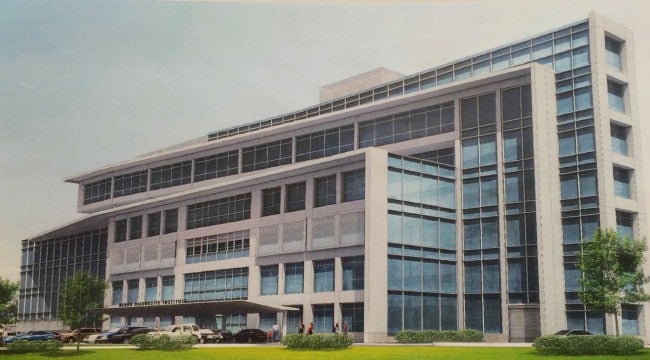 INDIANAPOLIS (WISH) – With the number of psychiatric treatment options dwindling across the state more help is on the way.

“This announcement today is about confronting mental illness in Indiana, it’s about creating new options for treatment for Hoosier families that are struggling with a family member,” said Governor Mike Pence in announcing the new Indiana Neuro-Diagnostic Institute.

The 159-bed mental health hospital is coming to Indianapolis’ east side. The $120 million facility will be on the campus of Community East Hospital.

They said there’s a hole in treating mental health, and they’re looking to fill it.

“We cannot any longer allow Hoosiers afflicted with mental health and addiction disorders to fall through the cracks,” said Gov. Pence.

They’re looking to help, children, adults, those with intellectual disabilities and those battling substance abuse. And they say by building this hospital they can even help those currently in prison.

“We know there are literally hundreds and thousands of people who are mentally ill that are not getting adequate care,” said Senator Patricia Miller, R-Indianapolis, and the chair of the state senate’s Health & Provider Services committee.

The new facility will be able to handle 15,000 patients a year.

“The need for this new facility will all be about diagnosis and treatment,” said Dr. John Wernert, the secretary of the Family and Social Services Administration.

The Community Health Hospital network is the largest provider of mental health services in the state. But recent data from the state shows Indiana ranks 44th out of 50 states in access to mental healthcare

“We are beginning a new era, a new era for treatment of mental health and addiction in the state of Indiana,” said Gov. Pence.

In the 1950’s there were over 6,000 state-run psychiatric beds in the state, today that number is less than 800. They say the decline isn’t because all those people were cured, but rather they’re now in prison.

“It is deeply troubling to recognize that our prisons have become the state’s largest mental health treatment provider. Today that begins to change,” said Gov. Pence.

There are over 30,000 people in Indiana’s prisons. State data shows 20% of them have mental illness. 80% are battling substance abuse.

“Let’s get the people out of the Department of Corrections and lets get them into the mental health system,” said Sen. Miller.

The new hospital should open in 2018.

It’s important to note that the 148-bed Larue Carter Hospital here in Indianapolis will be phased out.