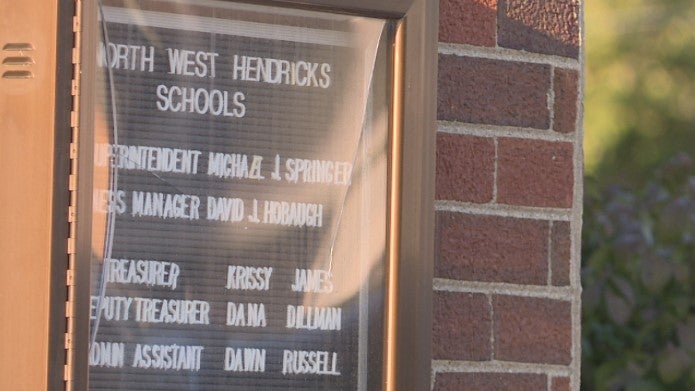 LIZTON, Ind. (WISH) — Community members were outraged over the departure of an Indiana public school superintendent who had called for the termination of a teacher and coach accused of sexual misconduct with a student.

Springer had been the superintendent of the rural school district of approximately 1,900 students since 2017.

Board members offered no explanation for Springer’s resignation but stated the terms of his severance agreement had been “part of his regular contract.”

Springer declined to comment on reasons for his abrupt departure nearly a year before the end of his employment contract.

School parents and staff suspected the superintendent had been “pushed out” because he clashed with board members over the district’s handling of accusations against Tyler Bruce, a math teacher at Tri-West High School.

The two communicated on Snapchat at Bruce’s request, according to an Indiana Department of Education complaint obtained by News 8.

The complaint, filed in September, calls for Bruce’s teaching license to be revoked due to “acts that involve immorality, misconduct in office, incompetency and/or willful neglect of duty.”

“[Bruce] requested [the student] provide naked images of her to him,” the complaint states. “He admitted he needed to talk to her after his wife went to bed and picked Snapchat since there would not be proof. She eventually complied with his requests and sent naked images, after his repeated requests and threats that her grades would be impacted if she didn’t.”

The student’s parents filed a tort claim in August demanding the preservation of evidence, the first formal step toward taking legal action against the district.

“The [alleged incidents] threw [the student’s] life into chaos,” the tort claim states. “[She] is suffering emotional distress and trauma resulting from Mr. Bruce’s actions and the school’s failure to protect her.”

The district received an anonymous tip about Bruce and the student as early as March, according to the tort claim, but failed to take appropriate action until a school resource officer reported observing “inappropriate interaction” in May.

The second complaint sparked administrative and criminal investigations. Bruce was placed on paid leave pending the outcome of the criminal probe. The investigation remained ongoing Tuesday, according to Amanda Goings, a spokesperson for the Hendricks County Sheriff’s Office.

In July, Springer recommended terminating Bruce, athletic director Nathan Begle and dean of students Stacey Begle in connection with the matter.
Board members voted to keep all three employees on staff based on the “preponderance of evidence.”

More than 50 community members attended Tuesday’s board meeting. Every parent and alum who offered public comment expressed concern Springer was leaving his post, rather than Bruce.

“I think Superintendent Mike Springer has done everything in his power [to address the misconduct allegations],” said Cody Brunes, a Tri-West graduate. “This school board just keeps going against him. I don’t know if it’s because they don’t want to see the ‘good ol’ boy’ teacher they all know and thought so highly of terminated and his teaching license taken away or what.”

Another community member admonished board members for “putting children at risk” and called for an administrative overhaul as fellow attendees clapped.

“You failed everybody!” she told board members from the podium. “Resign! Let us get a brand new group of people.”

Bruce denied all claims of misconduct. No charges have been filed against him.