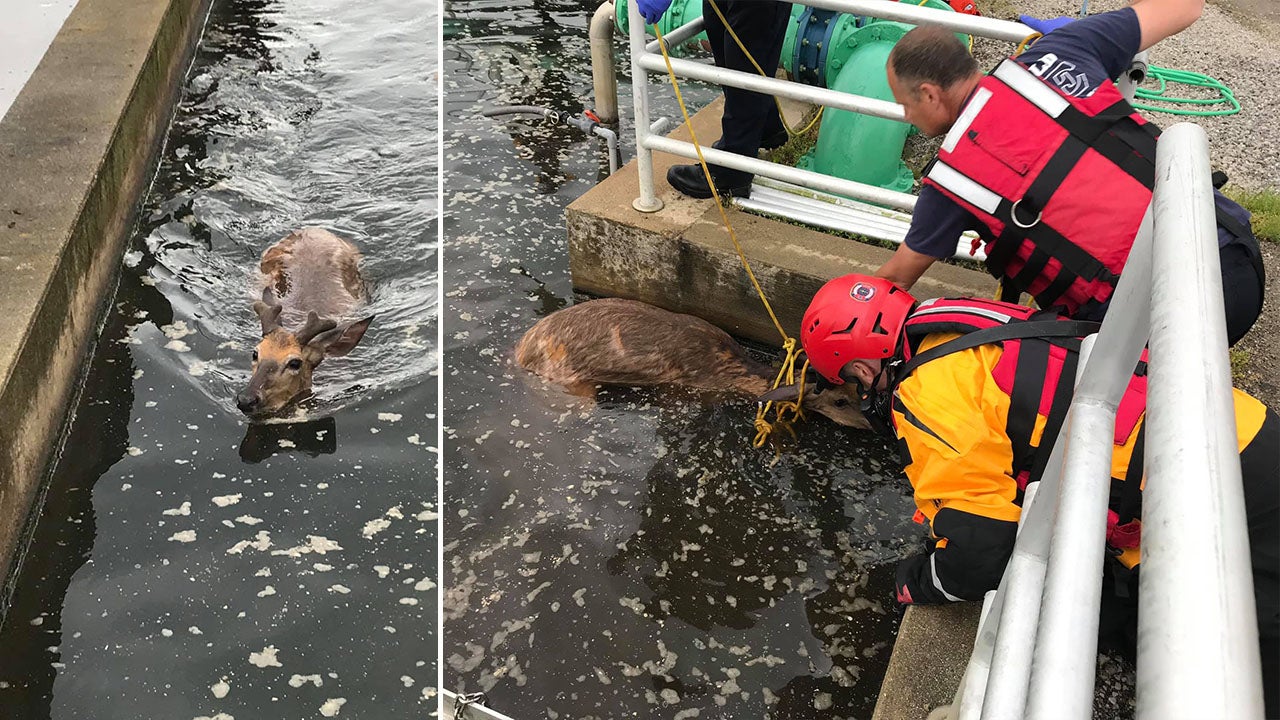 PLAINFIELD, Ind. (WISH) — A deer is safe after fire crews in Plainfield rescued the animal from a holding tank Sunday morning.

According to Plainfield Fire Territory, crews responded to the Plainfield Public Works sewage treatment plant located at 986 S Center St Sunday around 8:30 a.m. when a deer was found in one of the holding tanks.

The firefighters were able to safely pull the animal from the tank. The department says the tanks are full of a mixture of water, sewage and treatment that eats the waste.

Photos of the rescue were posted to the department’s Facebook page.