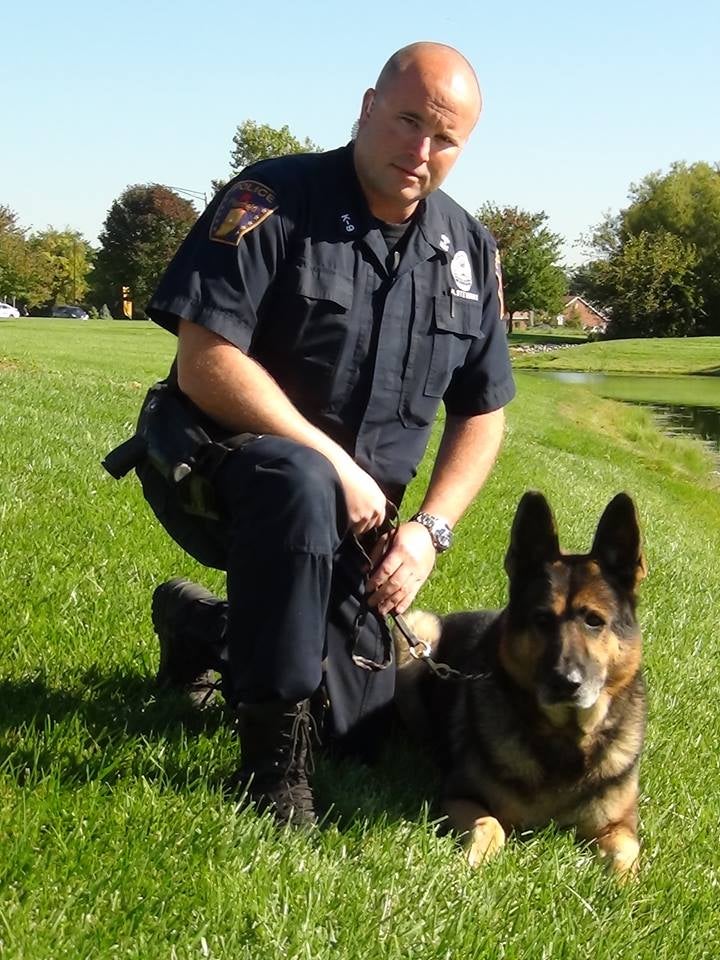 PLAINFIELD, Ind. (WISH ) – The Plainfield Police Department is looking to replace one of it’s K9 officers after they had to put one of them down earlier this week.

They say when the time comes, they’ll ask the community to chip-in to pay for a new K9.

But now they’re in mourning and asking for support for Aren, and his handler Corp. Brian Stewart.

“Everyone grows attached to these K9’s and when we lose one it is a very solemn and sad occasion,” said Chief Darel Krieger.

K9 Officer Aren had to be put down Wednesday after suffering health issues.

“Even though its a dog, it’s a working dog and works with the officer so we consider him as part of the police department,” said Krieger.

Aren worked at the department since 2006, working everyday with Corp. Stewart. He was trained in tracking, drug detection and when needed, Krieger says he was an effective attack dog.

“We called upon him for a variety of reasons and circumstances and he always performed admirably for us,” said Krieger.

But he also spent every night with the Stewart family as their pet. Chief Krieger says Corp. Stewart is working through it.

“I know he did work last (Wednesday) night. I think he felt like he needed to keep busy, but I’m sure this morning when he walked out and saw and empty kennel it was very hard to take,” said Krieger.

K9’s cost an average of $16,000. A timeline hasn’t been given for when they plan to replace Aren.

We Stand Together / 8 mins ago