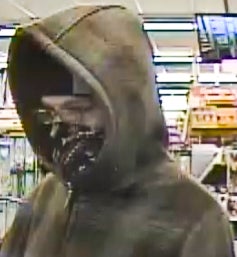 According to IMPD, the suspect is thought to have committed as many as 10 robberies.

The last such robbery thought to have been carried out by the suspect was December 11 in the 400 block of South Keystone Avenue.

Police say the suspect usually wears some kind of a hooded sweatshirt and a bandana covering his face.

During the robberies a small revolver is normally utilized.

Anyone with information on this suspect is asked to contact Crime Stopper of Central Indiana at (317) 262-8477.