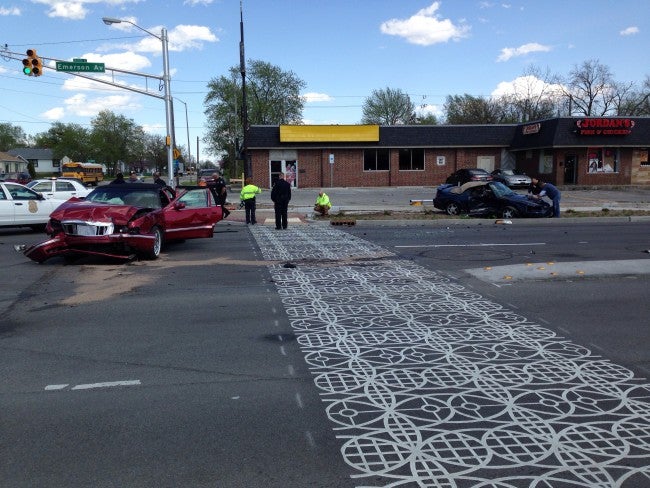 INDIANAPOLIS (WISH) – A police chase ended in a crash on the city’s east side around 3:15 p.m. Tuesday.

Officials say the chase started during a drug investigation near 21st Street and Sherman Avenue.

The suspect fled from police and ended up hitting a car at the intersection of 21st Street and Emerson Avenue.

IMPD says the suspect then ran from police on foot and was caught a short time later.

Police say the suspect had drugs in his possession when they arrested him.  They also say he had numerous warrants for his arrest.

The driver of the car the suspect hit was hurt in the crash, but is in stable condition.