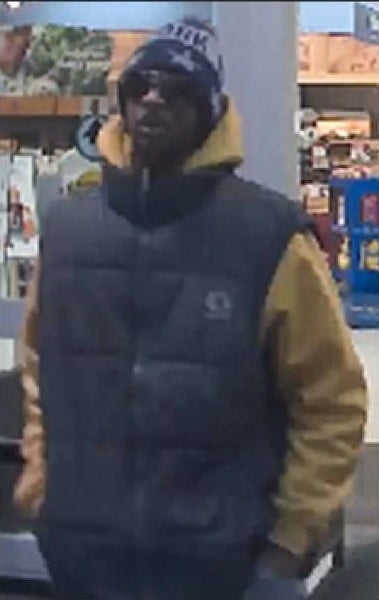 According to police, a man robbed a victim at gunpoint outside of 3181 North Watergate Road on January 22.

Police said the suspect was armed with a “small black semi-automatic handgun.”

The suspect fled in a dark green minivan and attempted to use the victim’s debit card at a business on the west, but was unable to complete the transaction.

He was last seen leaving leave the business in a gold car.