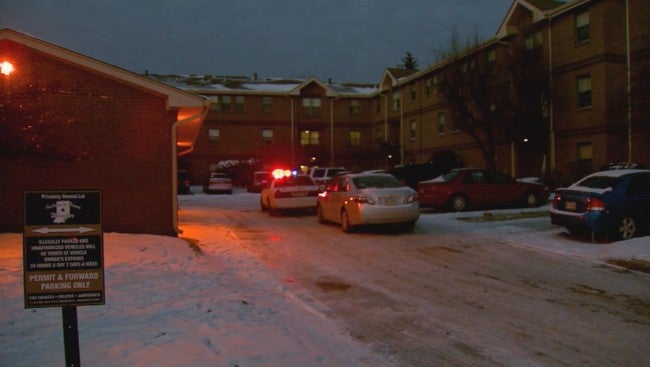 Officials say it happened around 4:30 p.m. Wednesday in the 700 block of Lockefield Street.

Police say a man forced his way into an apartment in the 700 block of Lockefield Street, and tried to rob two victims. According to the police report filed with IMPD, one victim is 19 and the other victim is 21.

They told police they heard a knock on their door, so they opened it to see what the man wanted. They say the man forced his way in, carrying a gun.

It was then, the victims told police they believed the gun was fake, so they fought the suspect. One victim was slightly hurt during that fist fight that spilled into the hallway at the apartment complex. Police say the suspect didn’t get away with the victims’ belongings, but did flee the scene.

Detectives said they don’t have a reliable suspect description yet.

Anyone with information about the attempted armed robbery is asked to contact Crime Stoppers at (317) 262-TIPS.

This latest incident happened about a month after a string of robberies near IUPUI’s campus just before winter break. Police said they were increasing patrols after those incidents.

IUPUI officials released more safety tips on the school’s Facebook page Wednesday evening. Police said never open the door for someone you do not know, and if they don’t go away, call 911.

IUPUI officials reminded students their Safety Escort walks are available 24/7. You can request a Safewalk escort by calling 317-274-7233. Here is more information from the school.