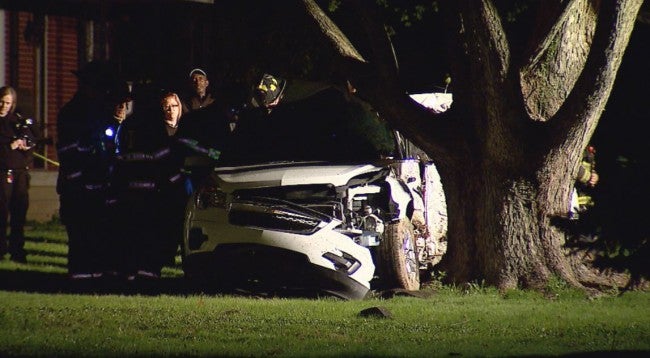 INDIANAPOLIS (WISH) – A woman is dead after a crash on the far east side of Indianapolis late Tuesday night.

It happened around 10:30 p.m. in the 100 block of Delbrick Lane. Emergency crews were called to the scene on a report of a car that had crashed into a tree.

Officials say they found a woman inside a 2011 Chevy Equinox SUV. She was pronounced dead at the scene.

Officers then found a second car nearby, a silver 2003 Chevy Impala. No one was inside that car. Officials looked for the driver, but couldn’t find that person. Police say that car was stolen on April 6.

The investigation continues into what caused the crash. IMPD said homicide investigators were at the scene to gather information and talk with witnesses. If you have information, you’re asked to call Crime Stoppers at 262-TIPS.