Quarry proposal in Noblesville advances with ‘no recommendation’ 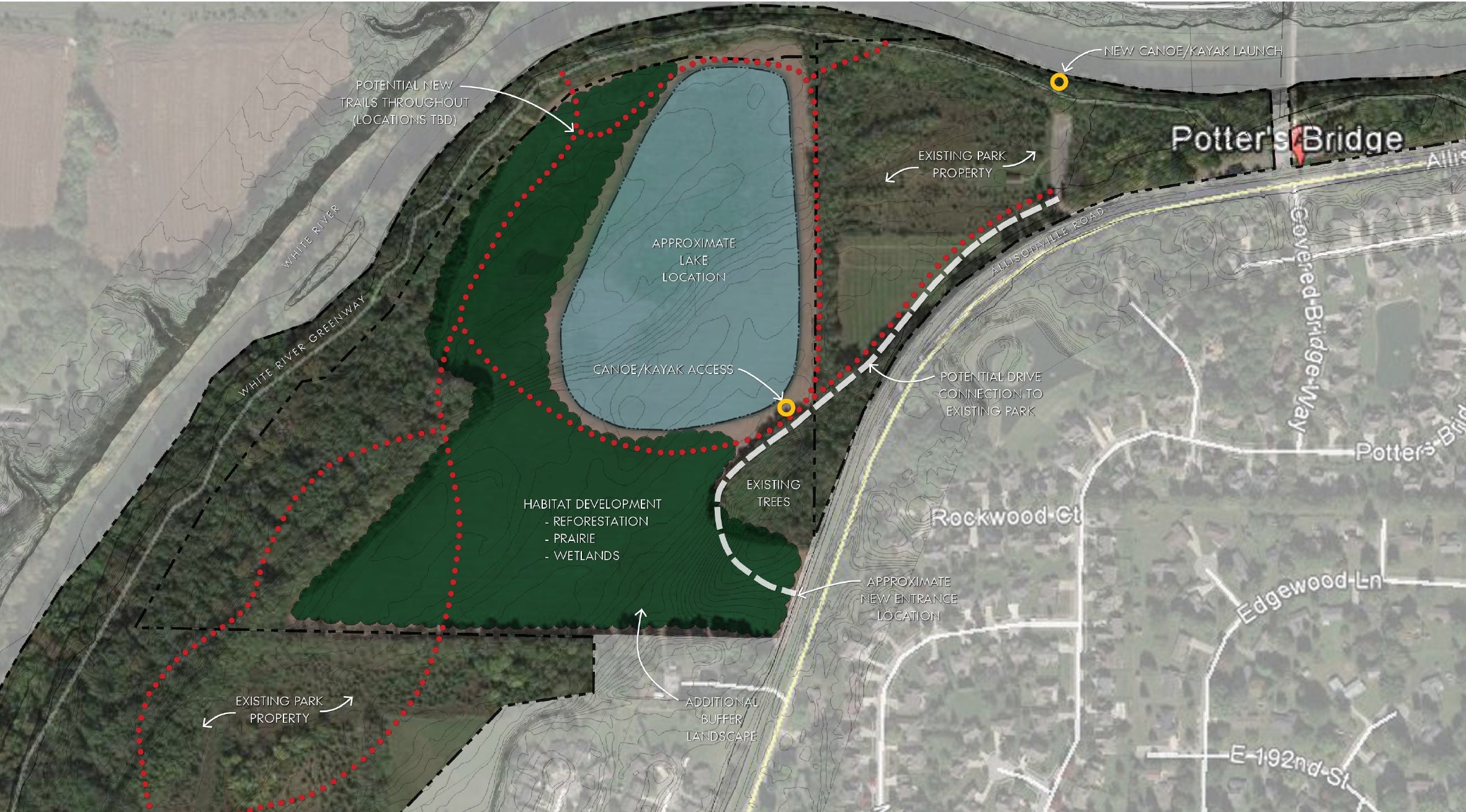 NOBLESVILLE, Ind. (WISH) — A proposal to build a quarry in a Hamilton County park famous for its covered bridge and riverside trail will advance to the Noblesville Common Council.

The Noblesville Plan Commission on Monday night forwarded the proposal to rezone the area and a preliminary development plan with “no recommendation” at the end of a three-hour meeting at City Hall. A local TV provider broadcast the meeting.

The 50.85-acre site is on the west side of Allisonville Road about 900 feet north of 191st Street. Part of the area is in the floodplain of the adjacent White River.

The proposal calls for Beaver Gravel to buy the property and later extract and remove sand and gravel primarily below water with a crane or excavator. Sand and gravel would be processed at another site on State Road 37 south of Strawtown Pike. The extraction would create a 30-acre lake on the northern portion of the property. Extraction would end by Jan. 1, 2032, when the property would be donated to the Hamilton County Parks & Recreation Department.

Numerous people spoke for and against the proposal during the meeting, and several people submitted comments via letters or online methods. Signatures from a petition were also presented. The city’s planning staff gave the project a negative recommendation. A concern that arose during the meeting came from Indiana American Water company, which serves the city. There was concern that the quarry could disrupt the city’s water flow or affect water quality.

The quarry proposal now goes to the Common Council at its next meeting at 7 p.m. Dec. 8 at City Hall.

The 150-year-old covered bridge in Hamilton County goes over the White River at Potter’s Bridge Park, a 66-acre facility. The park also contains the White River Greenway Trail, which covers 3.25 miles along the river. The trail extends into Noblesville’s Forest Park, downtown Noblesville, and the county’s Morse Park and Beach on Morse Lake.