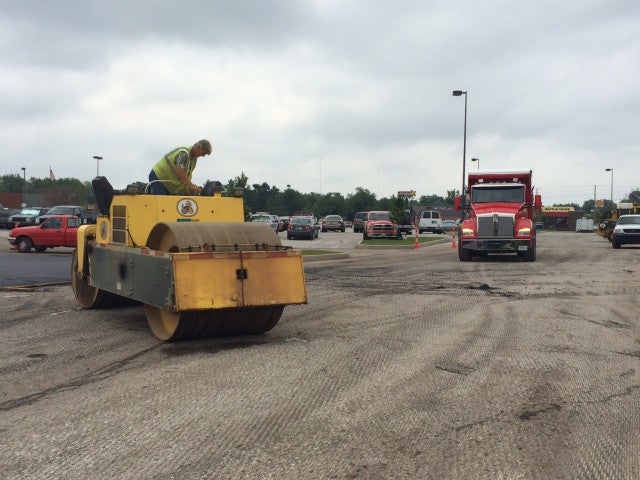 INDIANAPOLIS (WISH) – More rain has fallen in Indianapolis during July, than any month prior, which has created challenges and big business for certain industries.

That’s something that has been a challenge this summer. “Never remember anything like this ever before,” Harding Group Vice President, Tyler Smith said.

Wet grass doesn’t work well to hold heavy equipment. So unless it’s a hard surface, the company has had to old off.

Smith said the water has them halting more jobs than it ever has in 60 years. “Probably anywhere in the neighborhood of 30-50 projects,” Smith said.

While the weather is creating a challenge for certain businesses, others are flourishing, and the record rainfall is keeping them busy.

“Last week I did 3 jobs in one day,” Complete Remediation Services Owner, Mike McManus said. “The last call I got was at 2 o’clock in the morning, and I had just gone back to bed, back up and at it again. I got home at 6 o’clock, took a two hour nap and went back to work.”

McManus repairs flooded homes. He says the record rainfall is causing a lot of damage, including an Indianapolis house he showed WISH-TV.

Water filled the basement. “So when we came down with the meter, the walls were actually wet all the way up,” McManus said.

A problem, McManus says, is happening across the city, giving him his best year ever. “I’m grateful for it,” McManus said.

A summer to remember for flood repairs, but one paving companies would like to forget. “When you’re dealing with Mother Nature, she usually wins out,” Smith said.