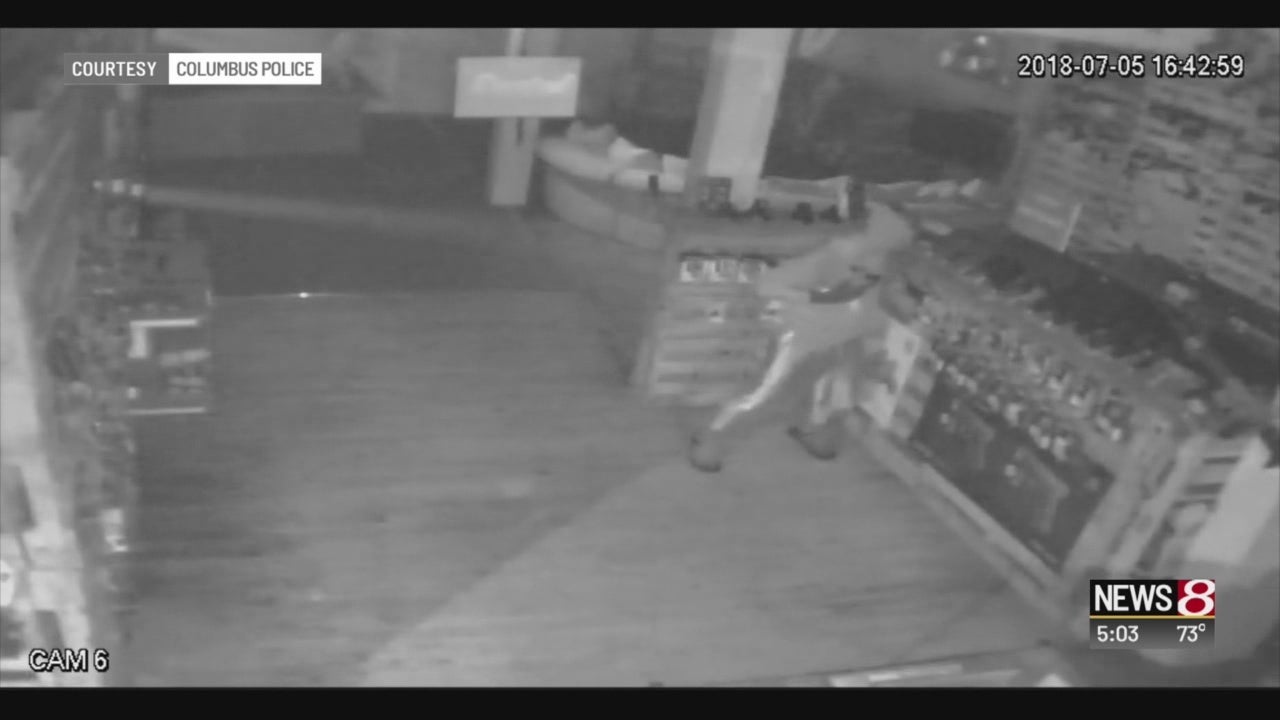 The theft, captured by the store’s security cameras, prompted the Bureau of Alcohol, Tobacco and Firearms to team with the National Shooting Sports Foundation to offer a $5,000 reward for information leading to a conviction.

Rani Elkins, who works at a restaurant across from the gun store, said she “couldn’t believe it” when she heard about the burglary.

“A little bit of fear, worry for the whole community,” Elkins said.

The video shows two white men break the glass at the Watkins Chambers Defense Institute on 17th Street. They’re shown scurrying in with their faces covered and grabbing whatever guns they can before sprinting out.

The owner of the shop declined to speak to reporters about the incident.

“If they break in there, it’s hard telling why, what their intentions are and what could happen next,” Elkins said.

Lt. Matt Harris with Columbus Police said the thieves were out of the building “within a matter of 15, 20 seconds.”

“There’s a number of guns out on the streets now in the hands of people that, we don’t know what they’re going to do with them, and we certainly don’t want to see them used against anyone in our community or against our officers,” Harris said.

According to the ATF, the gun store is a federally licensed dealer.

Columbus police are encouraging all gun store owners to secure the weapons in their stores.