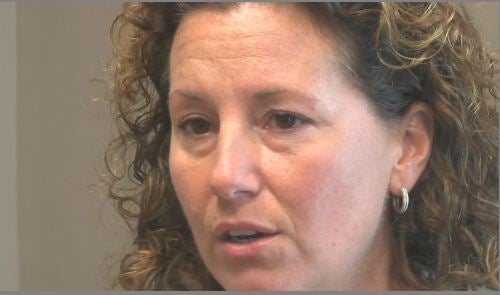 INDIANAPOLIS (WISH) — A Roncalli High School guidance counselor placed on leave after her same-sex marriage was made public expressed her desire, alongside her legal team, to file a lawsuit against the Archdiocese of Indianapolis.

Shelly Fitzgerald has worked at the private, Catholic school for 15 years and on Aug. 13 told News 8 her job was in jeopardy after someone showed her 2014 marriage certificate to school leaders, who said if she didn’t resign or end her marriage, her contract would not be renewed.

“My wait is over,” she said. “Today, I take my fate into my own hands. The movement starts now. I will not rest until changes are made, not until the Church has fully heard ‘Shelly’s Voice.'”

The Thursday afternoon press conference was held “in response to Roncalli High School and the Archdiocese of Indianapolis making it clear, by words and deeds, that further negotiations between the parties will be futile,” according to a spokesperson for Fitzgerald.

Fitzgerald spoke about an expansion to her legal team, as well as her goals for affecting change through litigation.

“My mission is simply to convince the Catholic Church and Catholic High Schools across the U.S. to implement positive and permanent policy changes that affirm the LGBT+ community and acknowledge the rights bestowed upon that community by the rule of law,” she said.

Fitzgerald said she hopes the Archdiocese of Indianapolis makes four changes to policies.

First, she said it should remove language from the contract stopping LGBT employees of the Archdiocese from being in same-sex marriages. Second, she wants the Archdiocese to rehire anyone fired due to a same-sex marriage. Third, Fitzgerald believes benefits should be provided to the spouses of LGBT employees. Fourth, Fitzgerald wants to see Gay-Straight Alliance formations in every Catholic high school.

The Archdiocese of Indianapolis said Thursday night it was not planning to respond until it has a chance to review what was shared during Thursday afternoon’s press conference.