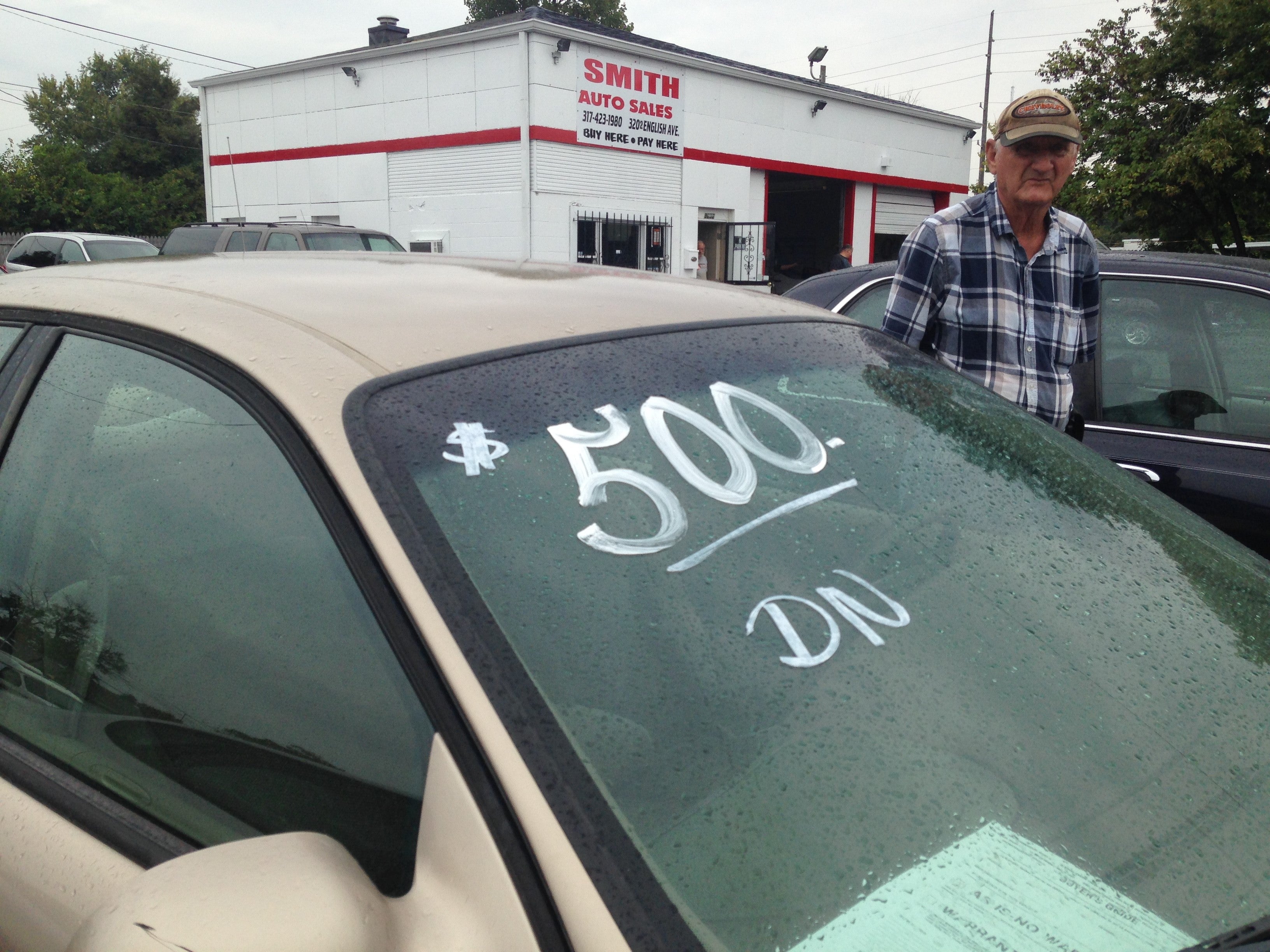 INDIANAPOLIS (WISH) — Bernice Poynter has been selling cars for 50 years.

The 76-year-old spends most of his days working with his son at Smith’s Auto Sales on the 3200 block of English Avenue.

On Monday afternoon, a clean shaven man in his late 20s asked to test drive a white Chevy Malibu.

Poynter handed over the keys to the man and then sat in the passenger seat while the strange man got behind the wheel.

After driving around a few blocks, the man decided he didn’t like the car. So the two drove back to the lot.

Suddenly the customer told Poynter he wanted to test drive a Ford Windstar van that sat in the corner of the lot. Poynter handed over the keys and jumped in the passenger seat as the two drove around.

Without any warning, the man pulled a gun on Poynter and told him to get out of the van.

“I got out real quick. I didn’t say a damn word to him,” said Poynter.

Without hesitation, Poynter got out and the unknown man drove away in the van.

Because of this scare, Poynter will now require all customers to leave a photo ID when testing driving a vehicle.

“I know him if I see him again,” said Poynter.

Investigators urge anyone with information to call Crime Stoppers of Central Indiana at 317-262-TIPS (8477). Callers may also text “INDYCS” plus tip information to 274637 (CRIMES).