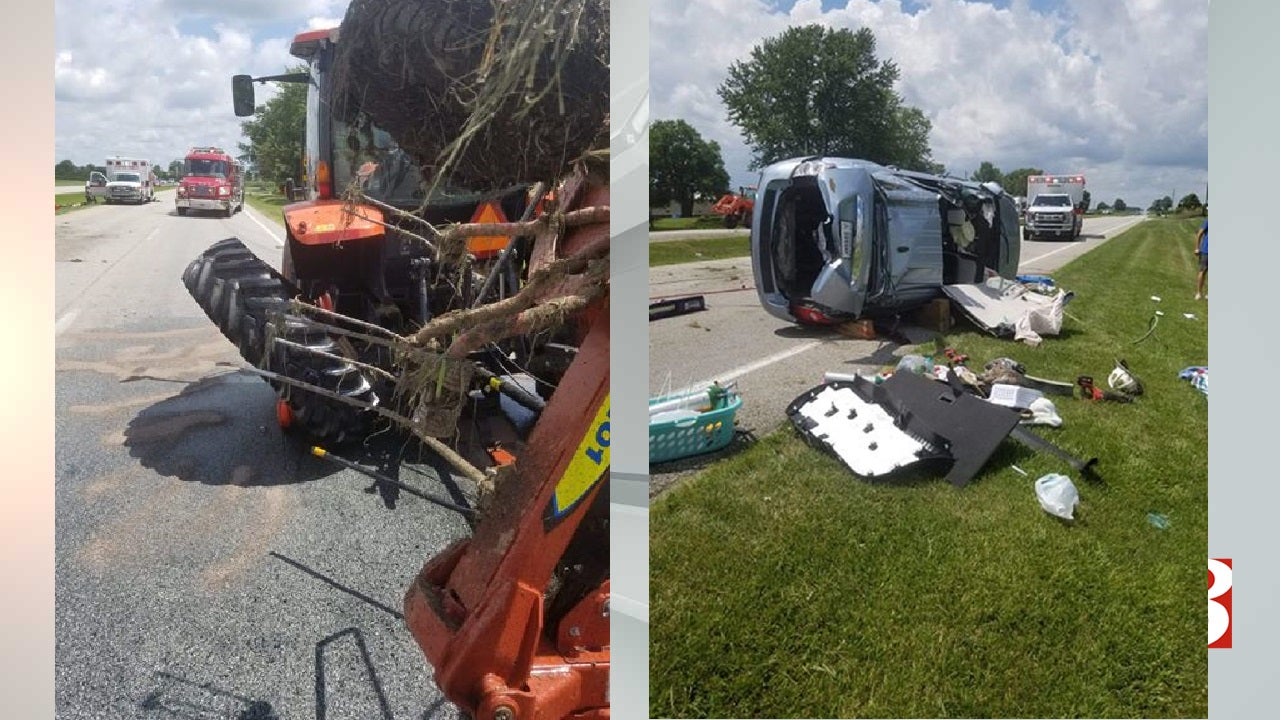 Investigators were called to US 52 South near County Road 880 West on a report of a crash with injury. When they got there, they found an overturned vehicle and a tractor with damage, according to sheriff’s office.

The driver of the tractor and the two people in the vehicle were taken to the hospital.

Investigators believe the tractor was traveling southbound and was rear ended by the vehicle, which then overturned and veered off the road.

The driver of the vehicle admitted to driving while fatigued.

The sheriff’s office said they want to remind everyone to watch for farm equipment while driving.