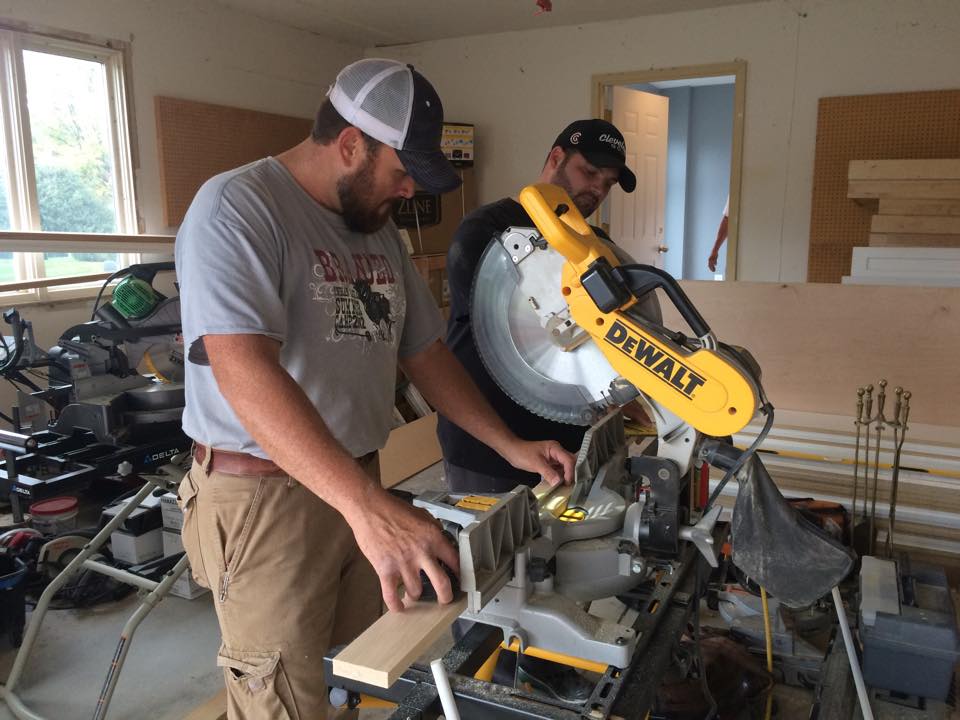 INDIANAPOLIS (WISH) — They’re not professional singers, but two contractors from central Indiana have stumbled upon a large audience for their music.

It’s all thanks to social media.

In the last few days millions of people around the world have viewed music videos posted by two Hoosier men.

The two said they don’t want any money from it.

They’re just humbled their voices have inspired so many people.

The Singing Contractors, as they call themselves, have been friends their whole lives and share a love of music.

But it wasn’t until they started working together that they came up with the idea to record their songs and share them online.

Their studio is a basement under construction and it isn’t fancy, but it is fitting for a duo called “The Singing Contractors.”

Aaron Gray and Josh Arnett grew up with a love of music and a love of working with their hands.

They never imagined the two would someone combine.

That’s until they started doing contracting jobs together three years ago.

“At the end of the day after our hard work we’ll do a short video and we posted to Facebook one time and some people liked it,” Singing Contractor Josh Arnett said.

So they posted more and even started getting song requests.

But most of the time they just choose a song that speaks to them.

“We just felt like that particular day How Great Thou Art just seemed like a good song and that’s what we did,” Arnett said.

They had no idea that recording would go viral on Facebook.

“It’s pretty overwhelming to be honest, never expected it at all,” Singing Contractor Aaron Gray said.

The video is up past seven million views and tens of thousands of shares.

“We’ve actually shed a few tears because we don’t feel like that we’re worthy of this at all,” Gray said.

They’ve even been contacted by a Boston organization that shared their video because they found it inspirational.

“Literally hundreds of messages that say these videos have encouraged people and in this day and age that we live in that’s what we want to do,” Gray said.