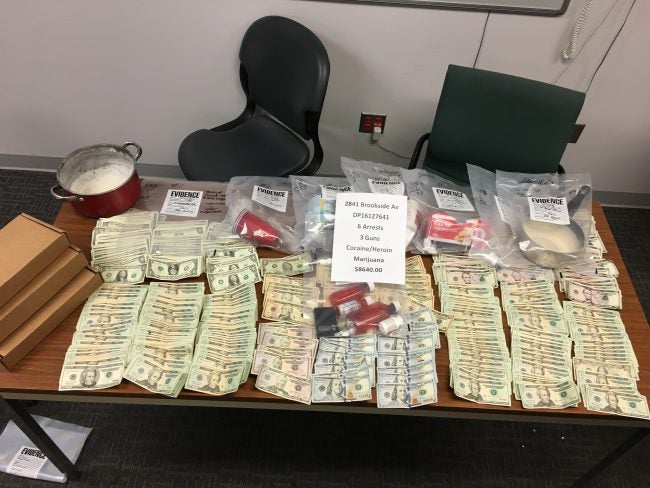 Authorities made the arrests in at a residence in the 2000 block of Brookside Avenue around 12:30 p.m.

After entering the residence it was secured and all six men inside the house were then taken into custody.

The arrests come as a result of a narcotics investigation.

During the search, detectives found:

Two of the six men are alleged suspects in a recent homicide.

by: Annessa Chumbley / 21 mins ago