Smoother day of travel for passengers at IND 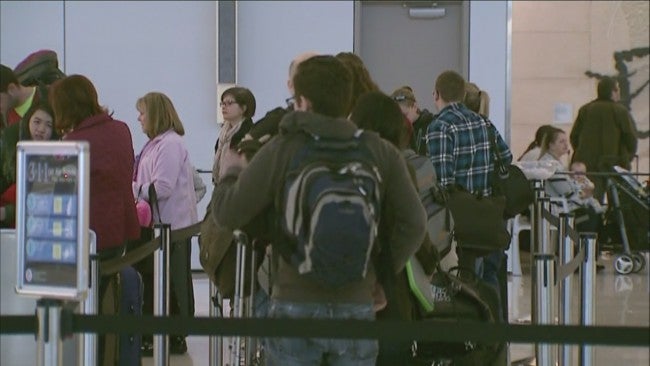 INDIANAPOLIS (WISH) — Travel this past week has been anything but smooth sailing here in Indianapolis over the busy holiday season.

Tuesday night was difficult for many passengers, with Chicago Midway International Airport closed, numerous flights were diverted to Indianapolis for the night.

Wednesday, it was Chicago O’Hare International Airport that had major delays, and at one time a ground stop due to snow. A 747 ran off the runway at O’Hare, which caused a few flights to be diverted to Indianapolis this morning.

“United did have an aircraft run off the runway” said Mike Medvescek, Senior Director of Operations for Indianapolis Airport Authority. “We ended up getting two diversions, but they ended up just staying here for a couple of hours, and then they launched them back up to O’Hare. So we have not had any ripple effect from that incident beside the two this morning”

Despite long delays at Chicago, as well as Charlotte and Atlanta because of poor weather, Medvescek tells us it’s been a much smoother travel day here in Indianapolis.

As of Wednesday evening, all flights leaving Indianapolis International Airport were reported as on time.

You can check out flight status and delays anytime on WISHTV.com.