South Bend man dies in I-65 crash near Seymour 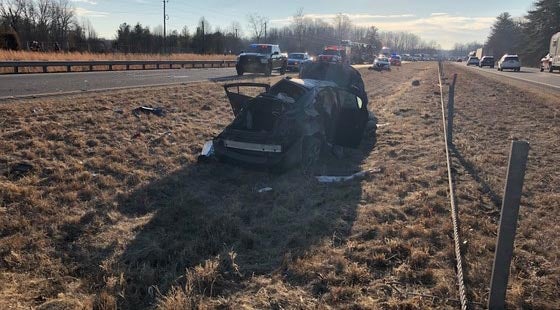 Police were called about 9 a.m. Tuesday to the crash about 3 miles north of the State Road 250 exit at Uniontown. That’s near Seymour and about 45 miles south of Indianapolis.

William A. Dudek was northbound in his 2016 Chevrolet Cruze, which crossed all northbound lanes and came to rest in the median after the guardrail crash. The car caught fire, which witnesses extinguished. Dudek died at Schneck Medical Center in Seymour.

The northbound lanes were closed for nearly two hours for an investigation and the cleanup. Traffic was diverted onto State Road 250 and U.S. 31.

A separate, unrelated crash happened nearby on I-65 southbound that backed up southbound traffic for nearly an hour. No one was reported hurt in that crash, police said.