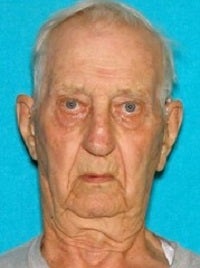 MARTINSVILLE, Ind. (WISH) – A statewide Silver Alert has been issued for a missing 96-year-old Morgan County man, according to the Indiana State Police.

Police said Victor Sichting has been missing since Friday, Nov. 6 around 2 p.m.

Sichting is described as a white male who is 6′ 1″ and weighs 170 pounds. He has gray hair and blue eyes.

He was last seen wearing a long-sleeved button-up shirt and blue jeans.

He’s thought to be in extreme danger and may require medical assistance.

Anyone with information on his whereabouts should contact the Morgan County Sherriff’s Office at 765-342-5544.