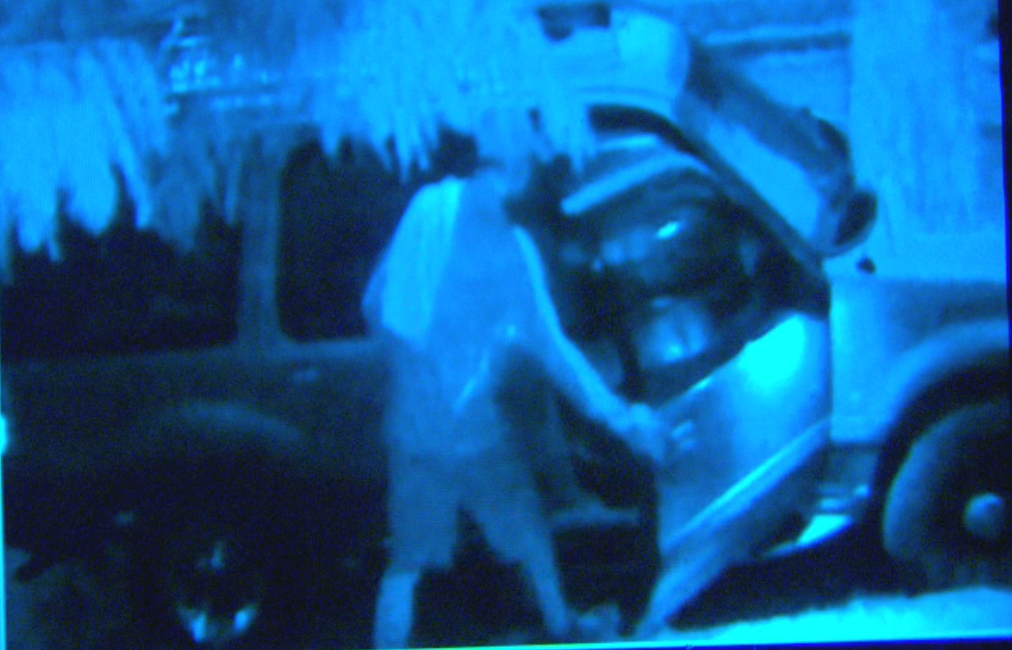 INDIANAPOLIS (WISH) — IMPD officers are on the lookout for a thief after a family’s set of surveillance cameras captured him walking up their street, trying car door handles and stealing whatever he could reach.

“[My car] was unlocked and he had a flashlight and he was rummaging through, taking stuff out, throwing it on the seat,” said Debra David who videotaped the perpetrator. “I was shocked. I just couldn’t believe the guy could be so bold.”

In the video, you can see a white male walking down the street, trying passenger-side car doors. If one opens, he dives in, holding a flashlight and what looks like a towel or a bag. Once he takes his items, he leaves the door cracked and moves on.

David says she wasn’t home when the suspect got into her unlocked SUV, but three of her 12 video cameras were watching.

“We would just like to catch the people that are doing this because we’re tired of being robbed. We’ve been robbed maybe six, seven, eight times within the last 20 years,” she said.

David and her boyfriend bought the video security system last year, joining most of the people on their block. IMPD officials stopped short of recommending everyone invest in surveillance cameras, but say officers definitely use them to catch and prosecute criminals.

“You cannot go wrong with having surveillance video in your house. It’s 2017 and things happen all the time,” said Aaron Hamer, a public information officer for IMPD. “It’s becoming more and more of a tool for investigators so it definitely does help.”

24-Hour News 8 spoke to other neighbors who all said they have been victims of theft or burglary. They say they know they’re in a high crime area, but they’re doing what they can to improve the neighborhood and keep their families and their neighbors safe.

“I thought, well it’s not just about us, because he tried all the their cars down there too and luckily they had it locked,” said David. She said her decision to share the surveillance tape with 24-Hour News 8 and alert the police was obvious.

“I thought, well maybe we should send that in because he’s probably going to keep doing it to other people and they’ll lose more valuable things,” David said.

Officer Hamer agrees, adding a piece of advice for those who can’t afford a surveillance system.

“It is a great tool to have, but I think even more important than that is making sure that people communicate with one another, neighbors, if you know that someone is at someone’s house and doesn’t belong there, and they’re rummaging through their hand, 9 times out of 10, call the police,” said Officer Hamer.

by: Wes Mills, Inside INdiana Business / 12 mins ago