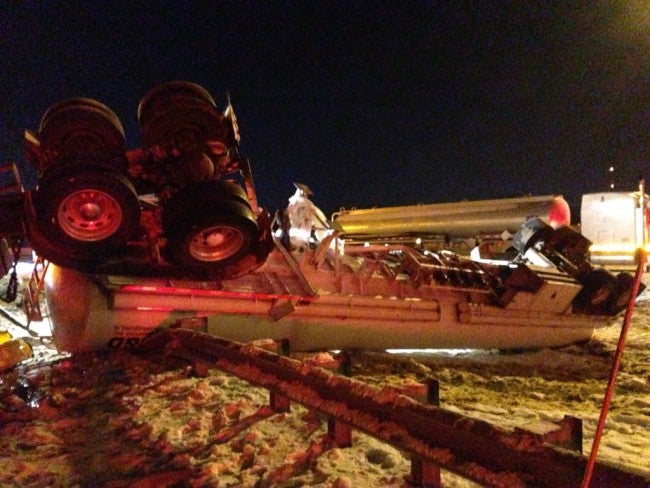 It happened on the ramp of Interstate 465 southbound to Interstate 70 westbound around 7:30 p.m. Tuesday.

Police say the tanker overturned when he tried  to avoid a mattress and box springs. The tanker was carrying 6,500 gallons of new motor oil and approximately 1,800 gallons of it spilled. The truck was headed for West Virginia.

The driver of the truck was not injured.

Crews responded with a second tanker and worked overnight to transfer the oil onto that second truck. They said the process took several hours because of the extreme cold.

Around 4 a.m Wednesday, the interchange was down to one lane. Drivers were able to get through the area, but a back-up quickly formed during the morning commute.

Officials had to stop clean up of the crash through the morning rush hour. Crew resumed work around 10 a.m. It was not clear when the lanes would reopen.

Indiana State Police and the Indianapolis Fire Department responded to the scene.