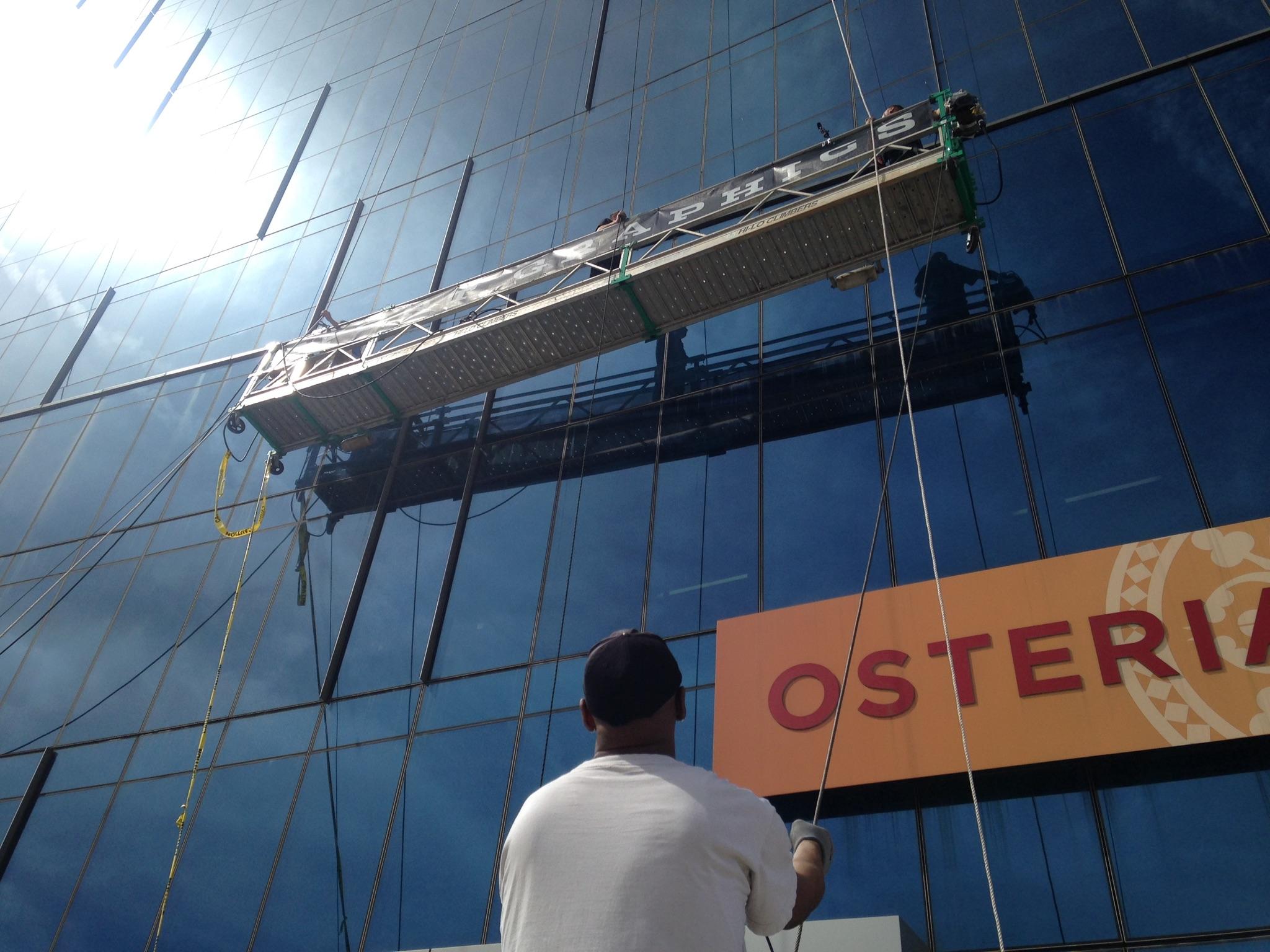 INDIANAPOLIS (WISH) – Team names have been added to the 44,000 square foot NCAA men’s basketball bracket on the front of the JW Marriott Indianapolis.

The bracket was created and applied by Sport Graphics, an Indianapolis company. Employees will now update the bracket after each round.

“Working at the government center, we watched it all as it went up. It’s pretty exciting to have it here,” Indiana resident Debbie Sampson said.

Sport Graphics Vice President of Installation Jim Caudill describes the bracket as a giant jigsaw puzzle. With 320 pieces, Caudill says it’s the biggest project the company has ever handled.

The crew finished the base last Thursday- and Twitter has been buzzing with photos ever since.

“It’s great. It’s very satisfying,” Caudill said. “It’s always nice when you put your hard work into something and see people so excited about it.”

“This is a wonderful time for Indianapolis and to be out here and enjoying it and see it all happen is amazing,” Indianapolis resident Bobby Klein said.

Sport Graphics is also making signage for Lucas Oil Stadium, where the Final Four will be held. They’ll update the bracket with the winner of the Big Dance after the game on April 6th.