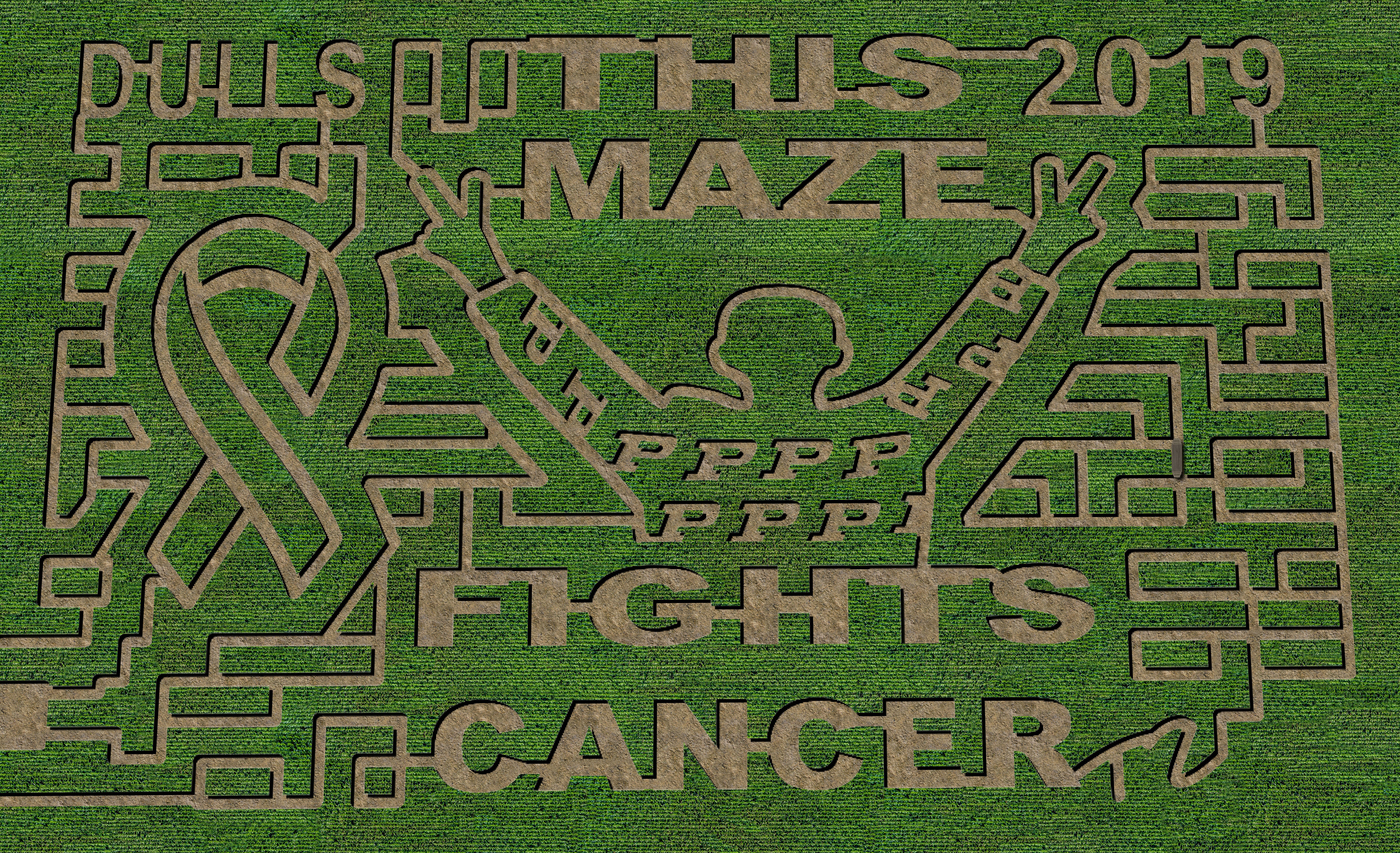 THORNTOWN, Ind. (WLFI) — Halfway between Lafayette and Indianapolis, the owners of a popular tree farm are using their own experiences to honor someone special.

Dull’s Tree Farm has been growing Christmas trees in Thorntown for more than 30 years. However, around this time of year, the farm goes from spruces to stalks.

“We have the corn maze, the pumpkin patch, you-pick pumpkins and 30-plus other activities,” said Lucas Dull, manager of Dull’s Pumpkin Harvest. “Last year, we had more than 20,000 people come out.”

The Pumpkin Harvest and corn maze are yearly traditions at Dull’s. In the past, the owners have cut the maze to honor first responders and the state of Indiana. However, the meaning behind this year’s cut has a personal tie.

“The more people that can hear about it the better,” Dull said.

Lucas Dull and his wife, Dana, are both Purdue University graduates and, as many others have, followed Tyler Trent’s story. They know what it’s like to have a family member battle cancer. Tyler’s story hits close to home.

“She had a brain tumor and ended up being diagnosed with medulloblastoma, which is a form or brain cancer that is found in pediatric patients,” Dana Dull said.

Dana’s sister went through a year and a half of treatment and has been in remission for eight years.

“(She) still has the side effects from being treated as a pediatric patient since there’s not as much research. With Tyler, he was being treated with 35-year-old technology. We want to bring awareness that we need to do better for the kids.”

That was Tyler’s goal, and they’re honoring it with a maze in his likeness.

“With our fall season, we are theming that around upsetting cancer,” Lucas Dull said.

Dull’s Tree Farm will be selling Tyler’s book “The Upset” and donating proceeds to research, hoping that maybe even a corn maze can fight cancer.

The Pumpkin Harvest will be open Saturdays and Sundays from Sept. 28 to Oct. 27.

Dull’s isn’t the only Purdue-themed corn maze in the area this year. Exploration Acres southeast of Lafayette has unveiled its 2019 maze design. This year’s cut commemorates Purdue’s 150th anniversary. Neil Armstrong, Amelia Earhart and other Purdue icons are carved into the 18-acre maze. Exploration Acres will open for the season on Sept. 13.