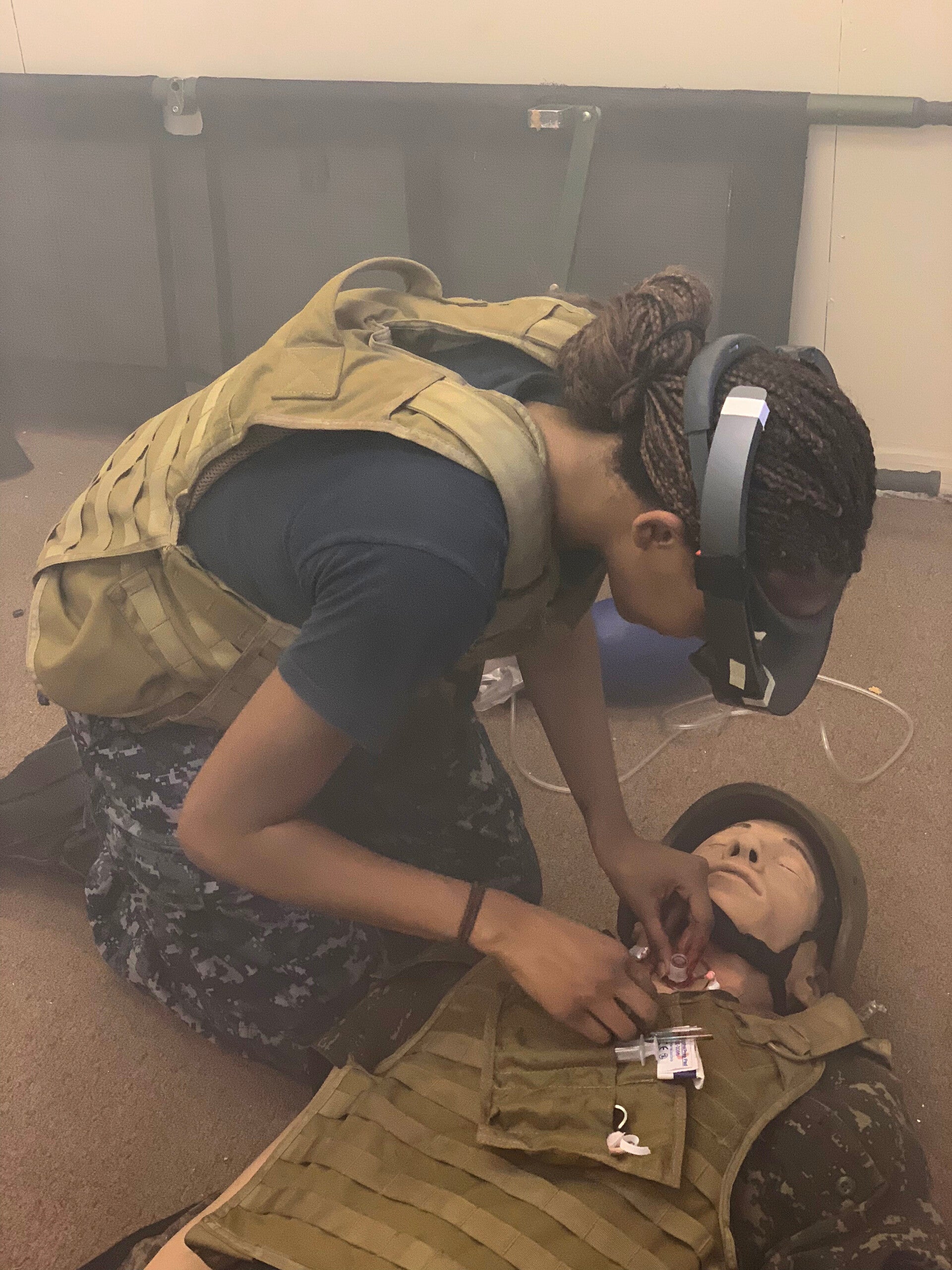 Surgical telementoring is a method used to guide first responders by providing medical support to those in need in the heat of battle. While these first responders are well trained, there are some complicated medical procedures they are not equipped to handle alone.

“The idea is – no matter how good they are – there are some things they just don’t know how to deal with,” Purdue University researcher, Edgar Munoz, PhD, told News 8. “Our tool allows the first responder to connect with a surgeon remotely and guide that person through the surgical procedure.”

Munoz is a co-creator of the technology: System for Telementoring with Augmented Reality (STAR) which has been in the works – in collaboration with the Indiana University School of Medicine – since 2015.

STAR places virtual three-dimensional objects in the operating field in realtime. The first responder wears a headset and a type of goggle allowing the surgeon to see the wounded soldier through the eyes of the first responder. The surgeon then walks him or her step-by-step through the operation. Instructions include where to insert the scalpel, how deep the incision should be and so on depending on the injury.

Today’s existing telementoring methods work much slower, said Munoz. They use images and require a far-away screen. Medical professionals are forced to look back and forth between patient and on-screen instructions to try to replicate the images which slows the process.

When in battle, time is not on an injured soldier’s side.

“Real-time, expert guidance from an off-site surgeon from the purview of the first responder is much more efficient and can mean the difference between life and death,” said Munoz.

STAR is still in the developmental stages and has not yet been put into practice. The next steps are to evaluate it in real patients in a war zone. But for now, the closest thing to battlefields are domestic military bases, which is where the research team is currently testing it.

And while STAR was originally designed for combat, it may also prove useful in other situations, said Munoz.

“There’s a battlefield context and one that is with residents. We hope this can also be used at some point for first responders in the community. Our next steps are to test it among patients in a real-world setting.”

News 8’s medical reporter, Dr. Mary Elizabeth Gillis, D.Ed., is a classically trained medical physiologist and biobehavioral research scientist. She has been a health, medical and science reporter for over 5 years. Her work has appeared in national media outlets. You can follow her on instagram @reportergillis and on Facebook @DrMaryGillis