Veterans to accompany trick-or-treaters in Delphi 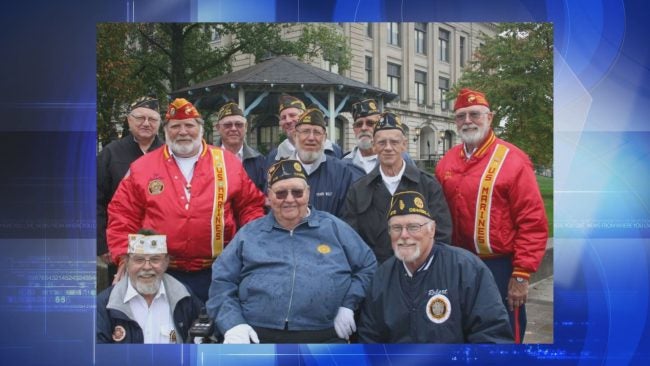 DELPHI, Ind. (WLFI) — On Tuesday night, trick-or-treaters will take to the streets of greater Lafayette.

And over in a Carroll County community, some veterans will be tagging along.

Over the past year, the people of Carroll County have seen tragedy unfold before their own eyes: the deaths of four girls in a house fire in Flora and the murders of Abby Williams and Libby German in Delphi.

With Halloween approaching, Jim Snowberger wanted to make sure kids in Delphi could trick or treat without any worries.

“Trick-or-treating has been around for centuries, and throughout the years it’s gotten less and less because of the violence that goes on,” said Snowberger.

He said a couple months back, he and his wife came up with an idea known as “Trick or Treat With a Veteran.”

“So our idea was for us to get together and to go trick-or-treating with the kids solely to be there just to give them a safety factor,” Snowberger said.

Snowberger said he ran it by the mayor and the city council and got the green light.

That’s when he took it to a group of local veterans.

“Jim called me about it, told me about it and I told him, I said yeah,” Jim Wolf said. “So, I spread the word to the VFW and told the American Legion about it, and we all got together.”

Wolf was eager about the idea.

“I want to see them all go out and have a good time like we did when we were kids,” said Wolf.

The veterans will meet up at the Gazebo outside the courthouse at 5:30 Tuesday night.

From there, the kids will take charge.

“We’ll go wherever they want to go and we’ll tag along as long as they want,” Snowberger said.

Snowberger said it’s all about giving back to his fellow neighbors.

Snowberger said he would like to see the initiative spread to other communities next year.