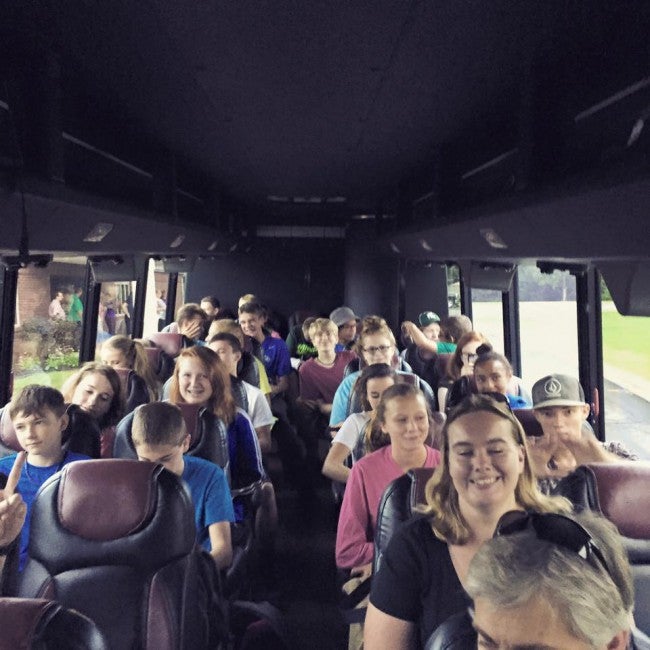 MIDWAY, Ky. (WISH) – Youth group members from a Fishers church are back home after a scary wreck in Kentucky.

The kids left for a retreat in Gatlinburg, Tennessee, Monday morning.

On the way, their bus got into an accident on the interstate.

What should have been a week-long retreat ended in just three hours for the youth group.

The 27 kids and six adults were inside a Lafayette Limo bus when it rear ended an SUV in slow traffic.

The wreck happened on I 64 East in Frankfort, Kentucky.

“Our kids seem to be in good shape there seem to be some strained backs strained necks some concussions and that sort of stuff but overall the kids are doing well and they’re happy to be reunited with their families and coming back home here” Froese said.

By the evening, all the kids and adults had been released from the hospital.

Many of their parents drove the three hours to Kentucky to get them.

“Whether they picked them up at the church that put our youth up for a few hours or at the hospitals they have been at,” Froese said.

As for the retreat, the church decided to cancel it for this year.

“So we made the decision that’s best for the traumatic affair just for them to come back home and their parents were wanting them to be back home as well” Froese said.

And the church is thanking Fishers and Indianapolis for the prayers and support.

“The community here we appreciate everybody and we request you continue to pray for our church and our congregation and our youth that have endured a pretty dramatic ordeal” Froese said.

The bus company sent another bus to get the kids’ luggage and bring it back to the church.