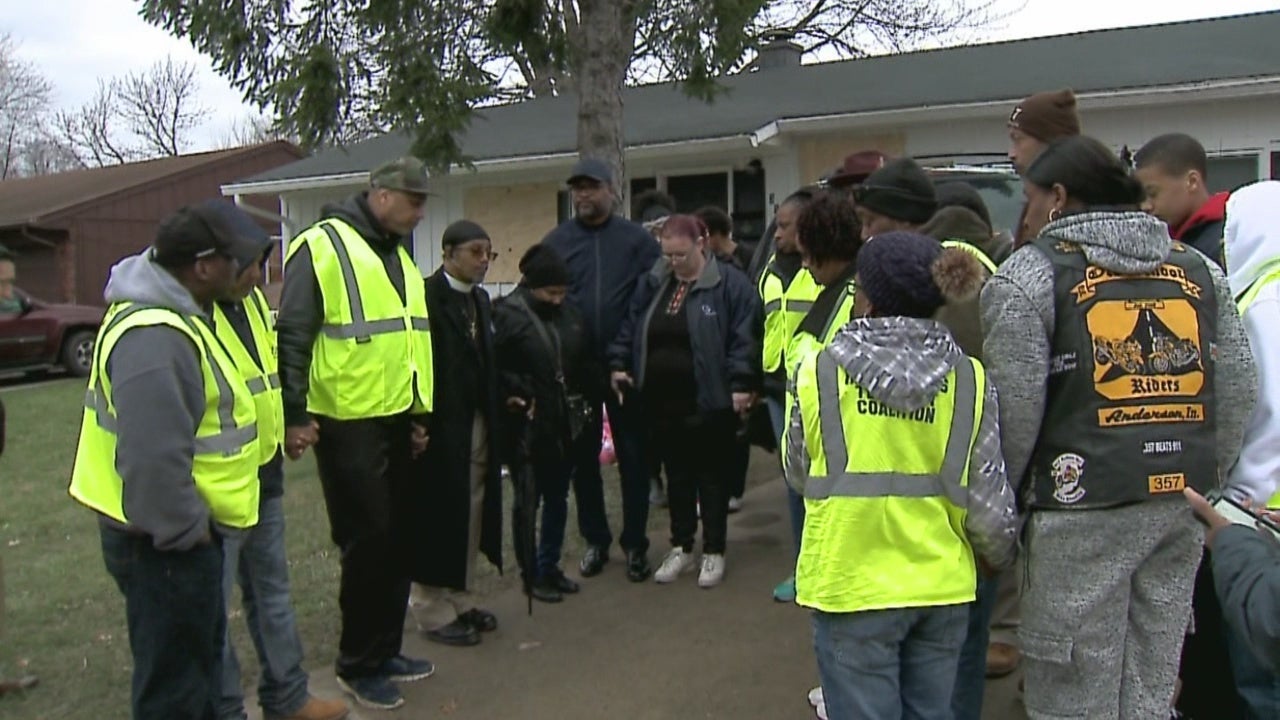 Another call from the Indianapolis community to stop the violence.

This time, it was a gathering Saturday afternoon for prayer in front of the home where a 1-year-old girl was shot and killed early Thursday.

It’s the second time this week there’s been a vigil and time for prayer outside the home where Malaysia Robson lived.

With someone so young and so innocent whose life was taken from gun violence, it’s having a growing number of people saying “enough.”

Windows remained boarded up where 44 bullets pierced the home on the 3500 block of North Wittfield Street. They are reminders of the girl’s death.

“This one here is one that has broken so many hearts,” said the Rev. James Black Jr., who spoke at the vigil.

After gathering for prayers Thursday afternoon, the crime-fighting Indianapolis Ten Point Coalition came together again along with members of the community.

“Shield us and keep us day and night for we don’t know what’s next,” said Black as people bowed their heads in prayer.

There was prayer for the family of Malaysia and a plea for the violence to stop, as the memorial of stuffed animals continues to grow outside her home.

On Friday, three people died from three separate shootings in Indianapolis. All of them happened in broad daylight.

Sabriena Ivy knew one of those victims. She and her boyfriend came to Malaysia’s vigil to show her family’s support and because they said they’re sick of the senseless violence.

“You sitting up in your house minding your own business and people just shooting for no reason at all,” she said, adding that it’s crazy.

Calls continued for whoever is responsible to turn himself or herself in.

“We know somebody out here knows something that happened. Let this family get some closure,” said Donny Reynolds, who is a team leader with the Ten Point Coalition.

For now, this community will stick by the Robson family.

“You need anything, you call me, OK,” said Black as he embraced Malaysia’s grandmother, who said “OK” to him back.

Malaysia’s family did not want to speak on camera. They said they are focused on preparing for Malaysia’s funeral.

In addition, the family said, the 19-year-old who was also injured from that shooting is recovering and out of the hospital.