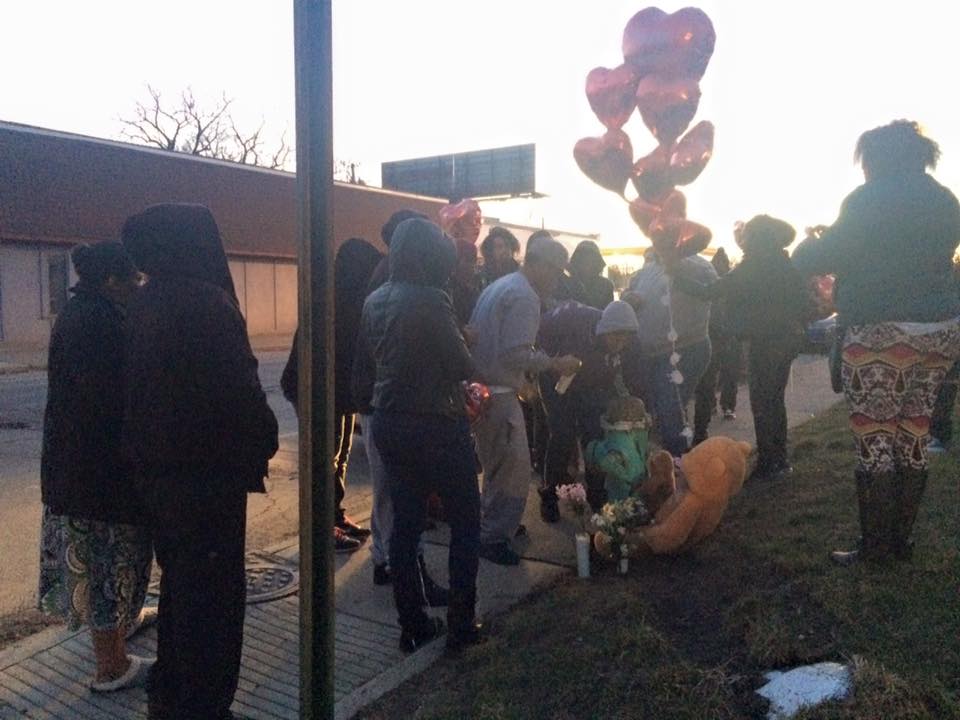 Antoinette Johnson was seven months pregnant when police report she was left to die after an unidentified driver crashed the car she was riding in.

It was an emotional night for Johnson’s family when nearly two dozen relatives and friends gathered to light candles and to pray.

“She was beautiful inside and out,” Johnson’s mother Latasha Johnson said.

Thursday they placed candles at the spot where she died.

“This is where her last moments were spent alive so we wanted to put something here in remembrance of her,” Sanders said.

Her grandmother said the hours since Johnson died have been a struggle for the family.

“It’s been pretty rough because so many things around us remind us of her,” Sanders said, “Like she had stayed at my house and left clothes there. I don’t want to get rid of them, I want to be able to pass it along to the family.”

Johnson left behind eight siblings and three children, and she was also pregnant.

“She was a good mother, a wonderful mother,” Latasha Johnson said.

The family said it’s taken support and faith to get through this.

“She’s got a lot of family and friends that care about her a lot so they all came out here to support me tonight and I appreciate it,” Latasha Johnson said.

The group lit paper lanterns in Johnson’s honor, so everyone could see the light she was for her family.

Police are still looking for the driver and a passenger that was in the backseat when that car wrecked.

Both left the scene.

A third passenger stayed at the scene but couldn’t provide much information to police.