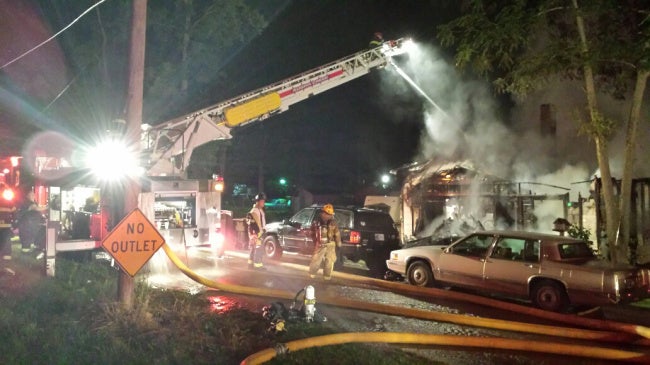 Firefighters were called to the 2300 block of North Orchard Place in West Terre Haute, near Saint Mary of the Woods around 1 a.m.

A 76 year old woman was transported to a local hospital for minor burns.

Fire officials said the fire was started by that woman who was smoking while on oxygen.

The Red Cross is helping the three adults and two children who lived there.